There’s a dizzy logic to the work of Montreal artist Michel de Broin. Take, for instance, his sculpture Révolution, a maquette version of which opened his recent survey exhibition at the MACM. Commissioned in 2010 for the Couvent des Jacobins in Rennes, France, the massive work (which remains in France) features a knotted, 100-foot-long steel staircase designed to confound notions of beginning and end. As viewers mount and descend the looping, five-story-high construction, there is, as de Broin explains it, a progressive sense not only of physical but also of psychological disorientation, a liminal confusion that disrupts the expected linear trajectory of progress. The work’s path ends where it begins: a perpetual return to the realization that the more things change, the more they stay the same.

That illusion of progress—both personal and collective—was just as palpable in the 18½-inch-high model (2010) of Révolution on view at the MACM. Here in its prototype form, the work took on a broader critical measure of failed utopias with obvious formal ties to Tatlin’s unrealized Monument to the Third International. Shown alongside de Broin’s 16mm-film loop One Hundred Paces (2010)—which tracks convent security guards silently pacing the sculpture’s stairs in a kind of absurdist performance, neatly set to the clicking rhythm in the gallery of 100 feet of black-and-white film through the projector—the works established a complex back and forth between form and function, action and reaction, idea and object, all framed in the seemingly mundane routine of walking up and down stairs.

A mainstay on the Canadian contemporary art scene for more than two decades, de Broin’s work has long hovered around these sorts of oppositional concerns in a heady mix of philosophical conundrums, rigorous mechanical curiosity and the unexpected conceptual dynamics of everyday life. The exhibition, which marked a homecoming of sorts for the 43-year-old artist, who spent the better part of the last 10 years living and working in Paris and Berlin, gathered these forces together in a selection of 30 pieces that unfolded not as finite set pieces, but rather as spiraling experiments in residual meaning and understanding.

Some works in the show did carry a wry political edge. For Keep on Smoking (2005), de Broin “reverse-engineered” a 10-speed bicycle into a pedal-powered smoke generator in an ironic turn on “greenwashing” ideology. His Blue Monochrome (2003) transformed a found Dumpster into a fully functioning personal whirlpool hot tub. In The Abyss of Liberty (2013), a bronze-cast model of the Statue of Liberty is upturned, its torch embedded in the gallery floor and its iconic form revealed as a hollow shell. And in Blowback (2013), a pair of 105mm Howitzer field cannons, custom-built by de Broin, have been rendered impotent, or explosively self-destructive, joined at the nozzles by an arching extension.

Indeed, for all of the technical wit and potential irreverence in de Broin’s diverse practice, its common thread remains an overriding impetus to rethink, and challenge, the absurdities and anxieties of the status quo. It’s a strategy of perceptual reversal summed up in a work like Stick to Resist (2013), a group of sculptures modeled after improvised explosive devices with digital counters. The pieces were only powerful magnets fixed to leaning metal supports, immovable until the countdown ended. The minute the exhibition closed, the provocative sculptures, instead of detonating, dropped inert to the gallery floor—but they continued to explode in the mind. 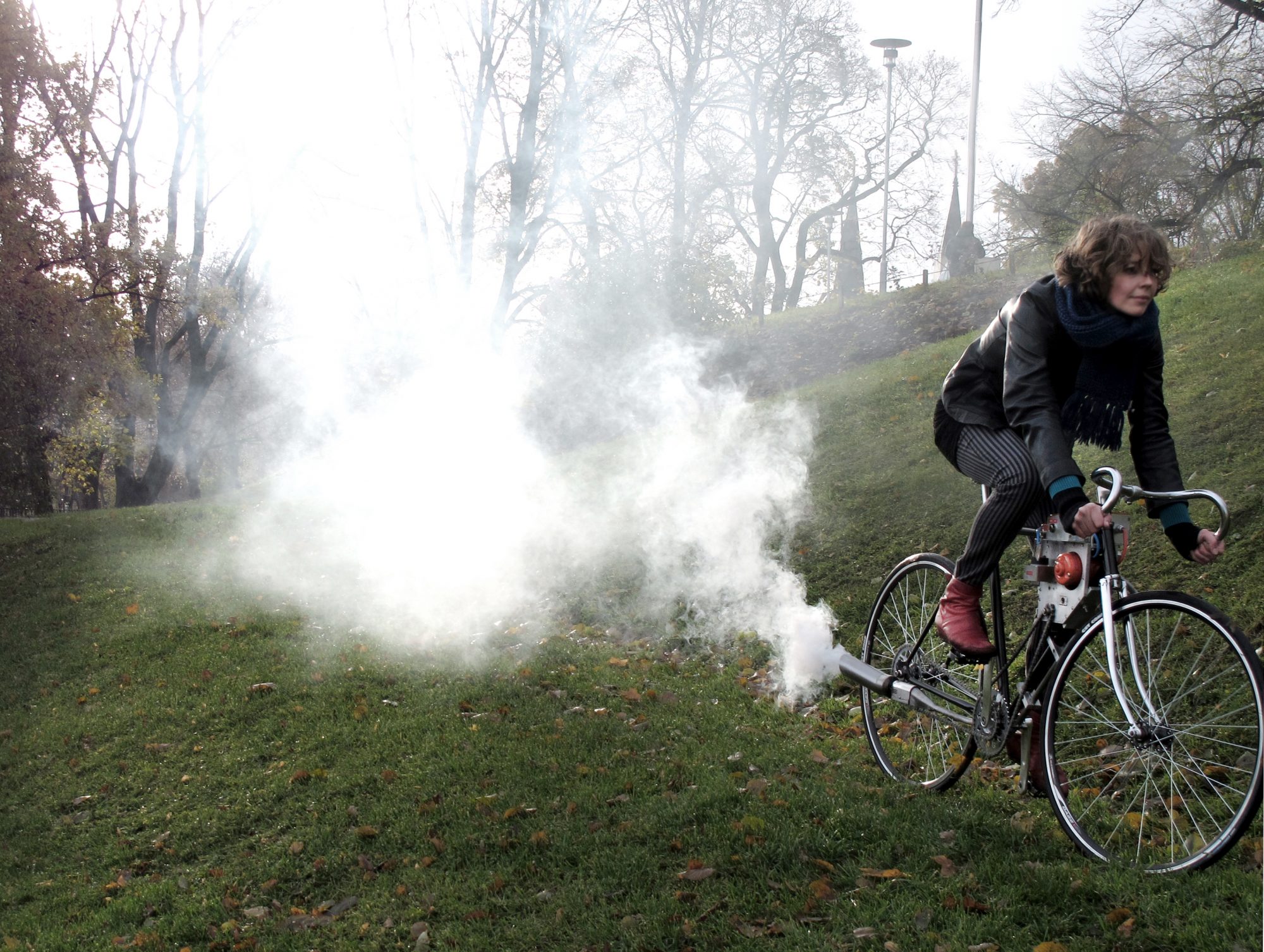 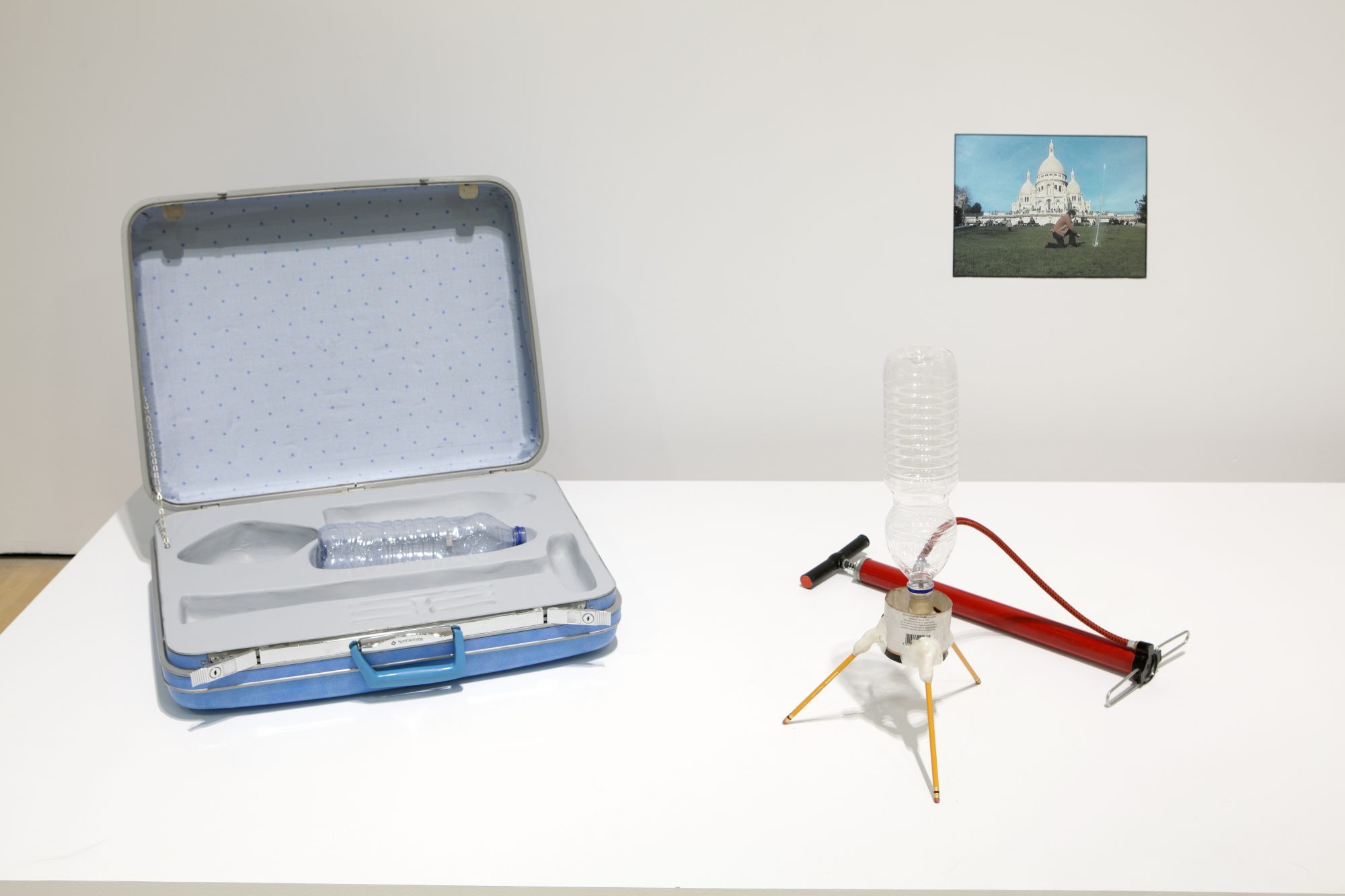