A Logic of Being Against?, Bernard Lamarche 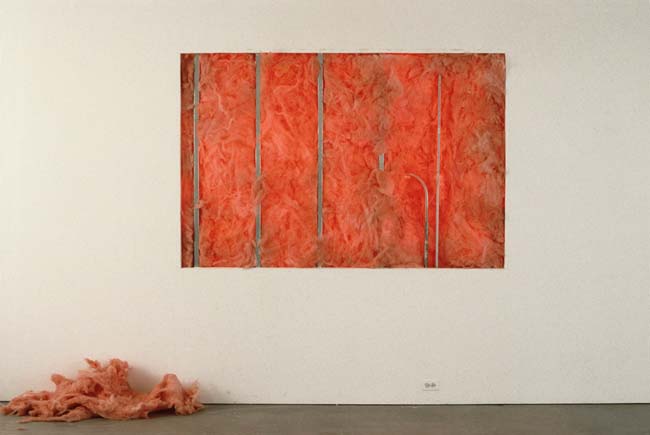 Resistance is born of one force’s thwarted affections for another… It does not confront the enemy in order to inflict defeat upon it but struggles with adversity, for which the adversary is only a stand-in, in order to weaken it and make it give in… Resistance forces the enemy to shift ground and alter its game plan.1– Françoise Proust A few years ago, in 1996, an issue of the publication Rue Descartes was published, entitled simply De la Résistance(“On Resistance”). The opening lines of the introductory essay, by Dolorès Djidzek-Lyotard, proposed a few accepted uses of the word“resistance.” She noted that the term is used in the art of war, in politics, in physics and economics, but also in psychoanalysis and theology. In each case, Djidzek-Lyotard remarked, the word suggests a power relationship and is consistently associated with strategy. With the social disturbances of recent years featuring prominently in the news, taken up with war and the concerns about and demonstrations against the savage advance of globalization, one might conclude that being “against” something is increasingly a part of the semantics of resistance – that a logic of adversity is being branded on this term, which moreover is becoming increasingly difficult to discuss beyond arguments for social order. In light of this, one might ask a two-fold question. First, is it possible, in an era as encumbered by short-sighted utilitarianism as our own, to think about resistance precisely in terms beyond the perception – itself associated with a kind of Romanticism– that it is the work of the corsairs of militant groups? Second, in a different vein but one in the end not that far removed from the first, is it possible to imagine a kind of resistance which would be distinct from the very idea of being “against”? In so doing, by ridding resistance of a militancy whose genuineness must, nevertheless, be acknowledged,it might be possible to lay claim to a resistance which would be willingly out-of-sync with the times– although it would not, for all that, take pleasure in resigning itself to the brutal march of the oppressive forces of dominant institutions. It would thus be a question of thinking about resistance beyond the crenels of partisan quarrels or political activism and, at the same time, of loosening the grip of the peculiar economy of impulse mechanisms, for which psychoanalysis has provided valuable analytical tools.