Red chairs take over an area by pushing out other chairs and gradually taking their positions.  A final pink chair resists and tries to join in before it too is thrown out by the reds.  The red chairs, once they are massed together, form an organized and monochrome group, whose final movements recall a military parade. The second video shows a pink chair performing in the midst of red chairs.  While the pink chair had been excluded from the differential process of the monochrome, here its singularity becomes an attraction for the mass of undifferentiated red chairs, which passively contemplate its performance. 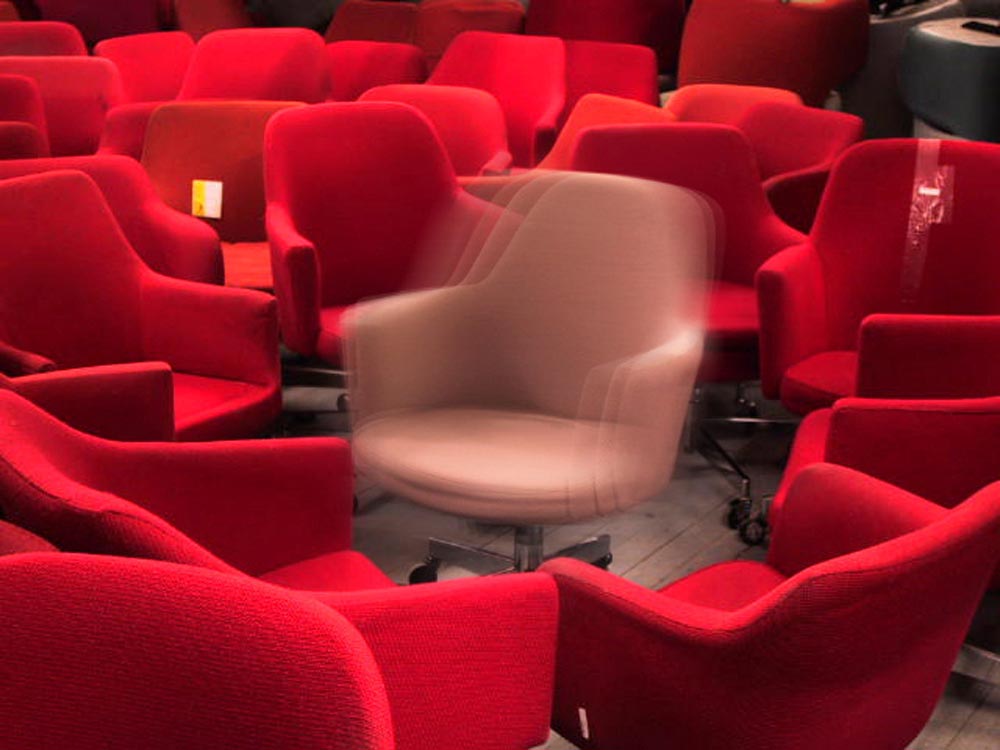