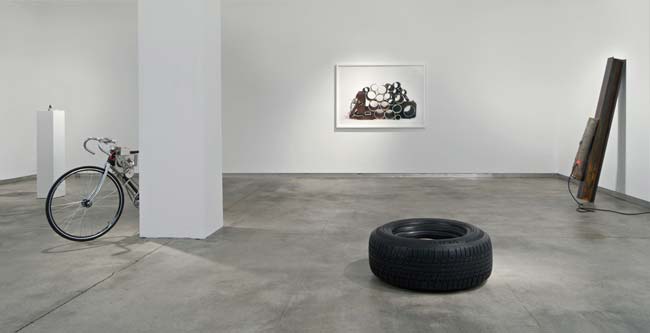 The exhibition at Bitforms gallery features five pieces. Ranging from assemblage to video and photography, these works explore the technological unconscious. All studies of physical potential, these works produce resistance, entropy and challenge the utopian or authoritative conventions associated with technical progress. Crafting new relationships between waste, productivity, risk and consumption. 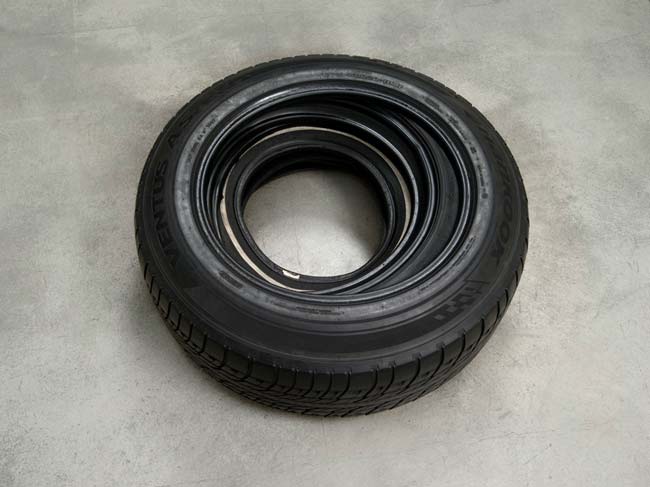 Consists of five used automotive tires forced inside one another. 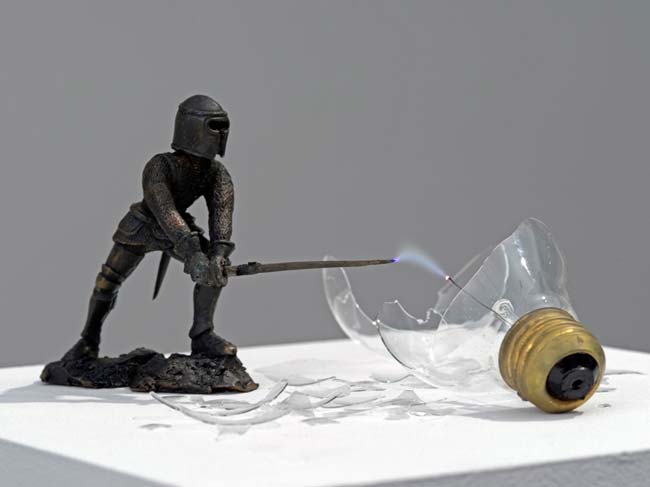 A bronze statuette of a knight bearing a sword, pulses 10,000 volts and ignites a broken household light bulb. Sparks fly as the characters fight off obsolescence, in a battle between faith and reason. 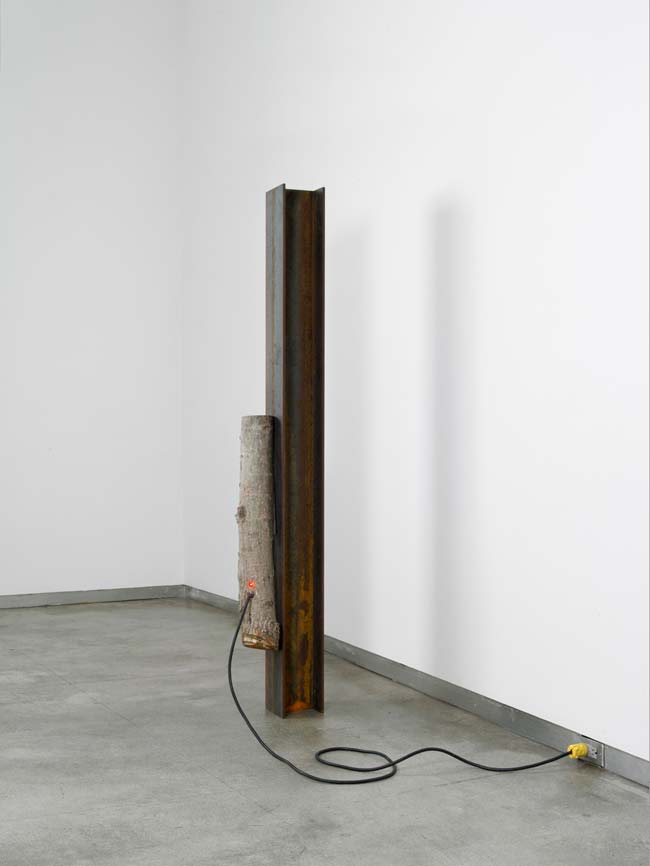 A wood log found lying on the ground, has been repaired with a powerful coil inserted into its core. When the coil draws on the gallery’s electrical current, the resistance produces a magnetic field that enables it to cling to a heavy slab of steel balanced against the wall. Resistance and power are connected both physically and conceptually: if the current is disconnected, the log is cut off and returns to the earth. 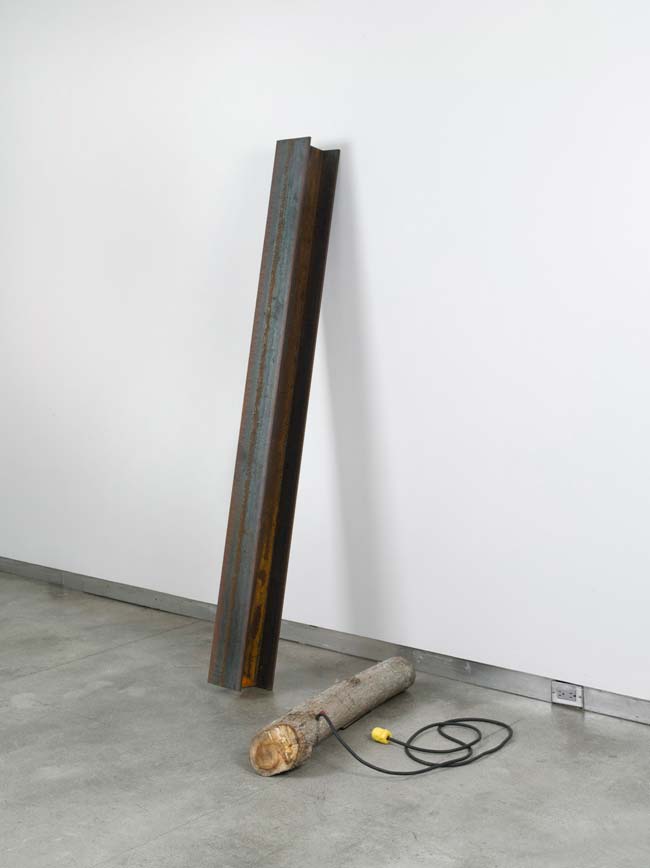 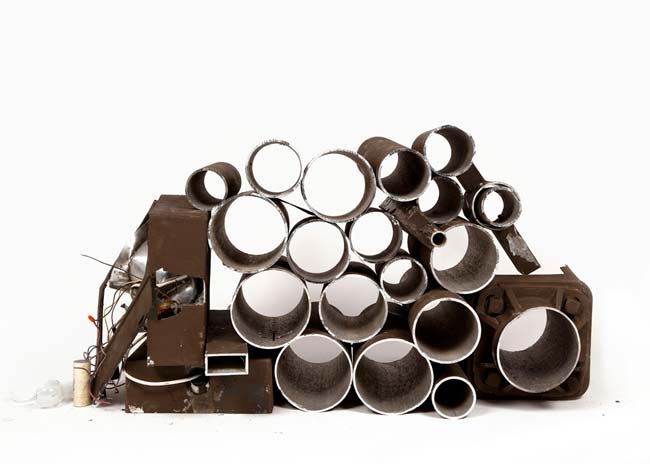 Based on the assumption that there are more street lamps in our urban life than trees, the photograph “Pile” features a lamppost cut into logs, assembled in a wood cord. 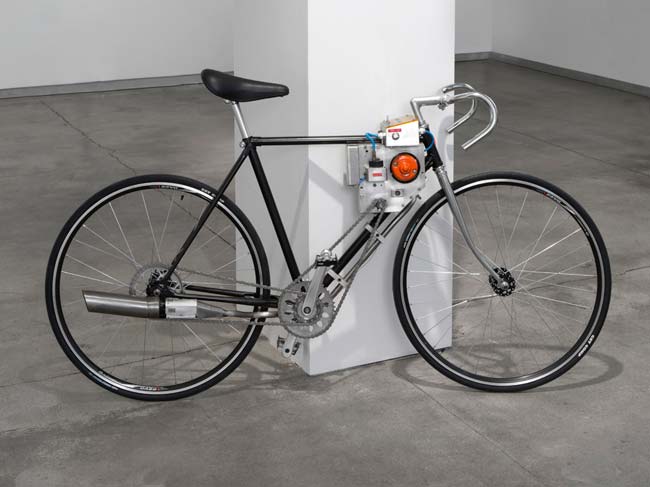 The bicycle transforms kinetic energy produced by its rider. Powered by a renewable source of energy, the cyclist’s will, a custom generator transforms this physical effort into an electric current, which activates a smoke machine. 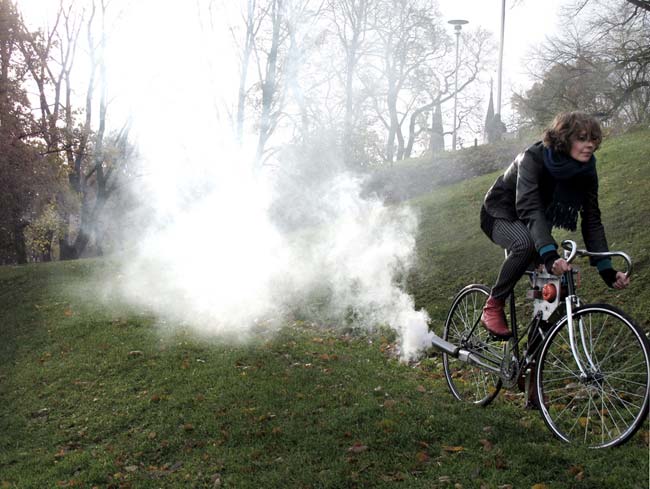 A video captures the sculpture’s ride through an Estonian cemetery, a trail of vapor is discharged from the exhaust, startling bystanders with its unexpected emissions and the contradiction in propulsion. The project is a marriage of two machines: one that produces, while the other consumes. Their “copulation” generates smoke, which escapes freely into the atmosphere.