In Michel de Broin’s second solo exhibition at Division Gallery, the artist turns his attention to the governing laws and strategies at play in games. Interception, the exhibition’s title, implies being caught by surprise and reversing a course of action. Interruption and chance set the rules for disorderly architectural paradoxes, where the binaries of top/bottom, inside/outside, and individual/collective are collapsed in an open field of play.

Artefact (2015), a large-scale photograph of excavated wallpaper previously concealed behind layers of paint, is a scene of football players randomly dispersed on a field. In this choreography of tactical moves, the players are caught in a trajectory within which the goal of the game is ignored. The repeating patterns contrast with the overall alteration of colour and texture that time has imprinted on the players. In the midst of this buried childhood dream emerges a broken structure in the wall, simultaneously opening up a hole in the players’ field.

Also on display is Jeux de Tables (2014), composed of 24 ordinary tables reconfigured into a multilayered defensive structure. The title of the piece offers a play on words, with Jeux de Tables materializing the French term for board games (games of tables). With legs pointed out, the upturned tables are transformed into the armored components of a fortress-like structure. A shield against assault, the piece contradicts its own purpose by deploying the precarious equilibrium of a house of cards. The interlocking pieces of this disassembled puzzle are mutually self-sustaining, revealing their backsides covered in traces of their use through time.

In Drunkated Bunkyball (2015) de Broin returns to a familiar form, that of Bunckminster Fuller’s truncated icosahedron. Inspired by Utopian architecture, the piece is made of cast and re-painted swizzle sticks-mass-produced, collectible objects used as advertising mediums and globally distributed in casinos and bars. The geodesic formation of the swizzle sticks aims for stability, balancing tensile and compressive forces within its surface. 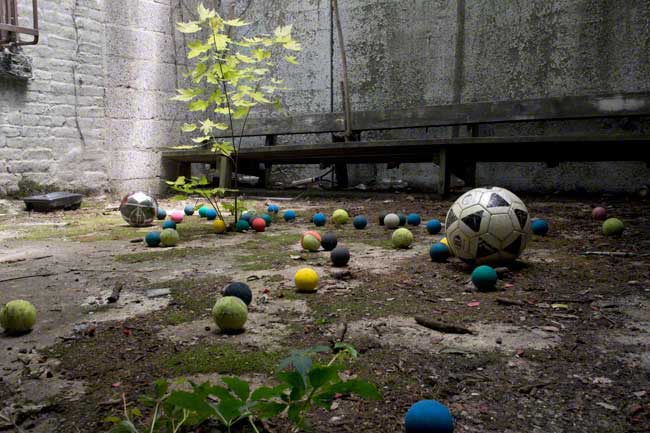 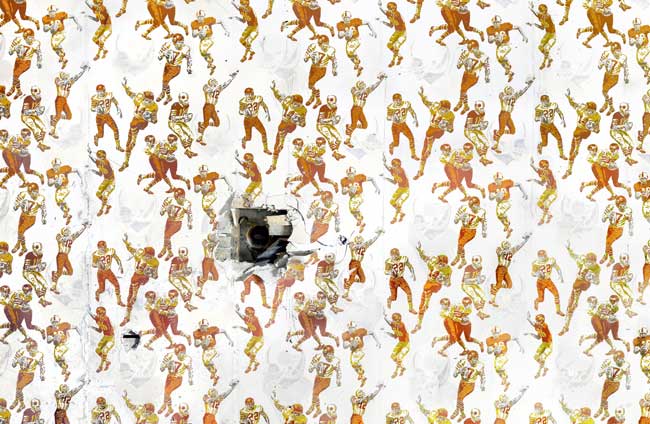 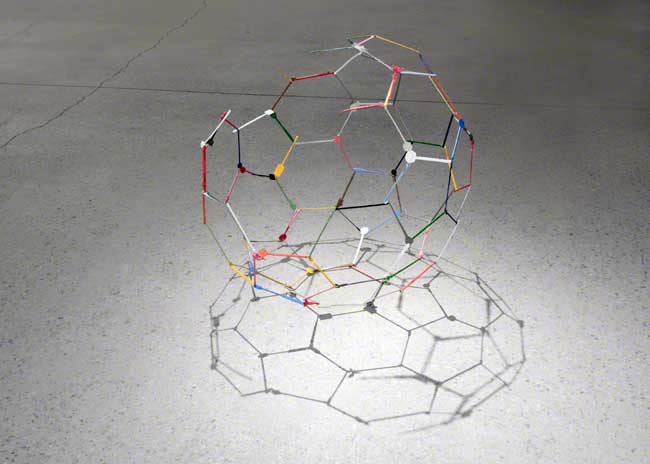 Based on a modular geodesic construction principle, Drunkated Buckyball brings together the optimistic, pleasant, and promising worlds of utopian architecture and entertainment. More than a hundred swizzle sticks are reproduced in bronze and joined together in an accidental configuration. The swizzle sticks intersect to form interlocking triangular components, building blocks that recall the utopian architecture of Buckminster Fuller. The swizzle sticks are joined to create a truncated icosahedron, a geometric form also associated with that of a soccer ball. 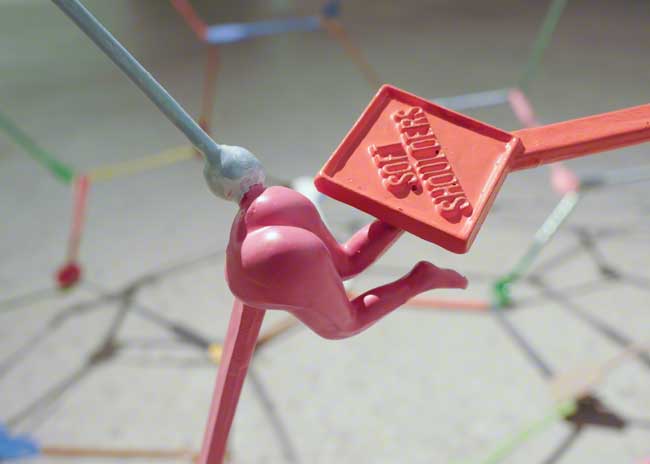 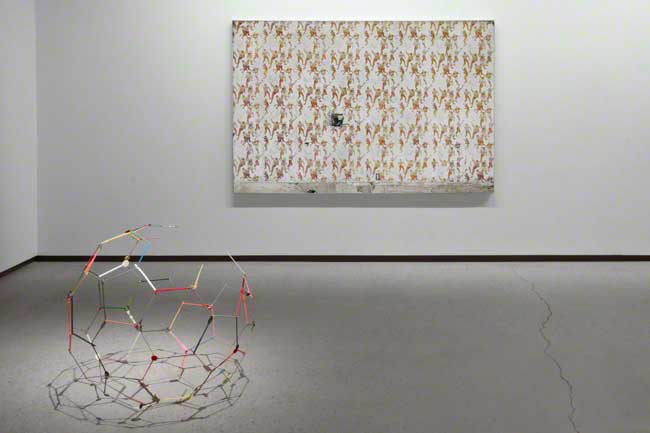