The history of Ste-Madeleine-de-la-Rivière-Madeleine is itself awash with surprising tensions, between a local life that was initially defined by fishing and now by tourism, then the pulp and paper industry and its ensuing brutal disappearance, not to speak of the not-so-far-away presence of oil fields and the looming question of how to transport this resource… These are tensions that Michel De Broin drew inspiration from to create Syndrome, a singular sculpture made of metallic tubes that both evoke transit (that which flows) and intestinal obstruction or indigestion (that which is blocked). A poetic, at once biting and thought-stimulating, evocation of this site. Syndrome consists of a metal tube that is disconnected at its ends and twisted on itself. Evoking an organic body, the proposal seeks to go beyond the implicit reference to a pipeline that has been blocked by being tied into a knot. Its structure is far more complex: the knots are intertwined and thus transform a sombre news item into an introspective and disturbing form that provides no answers. The form recalls the generous curves of the Venus of Willendorf. The contortions of the tube causes a swelling that evokes a living organ; something like a distant reminder of the organic origins of petroleum. “The project does not seek to protest against he inherent dysfunctions of fossil fuel energy, the artist states, but to think about our condition. We are ourselves pipelines and we will eventually serve as a sediment for future 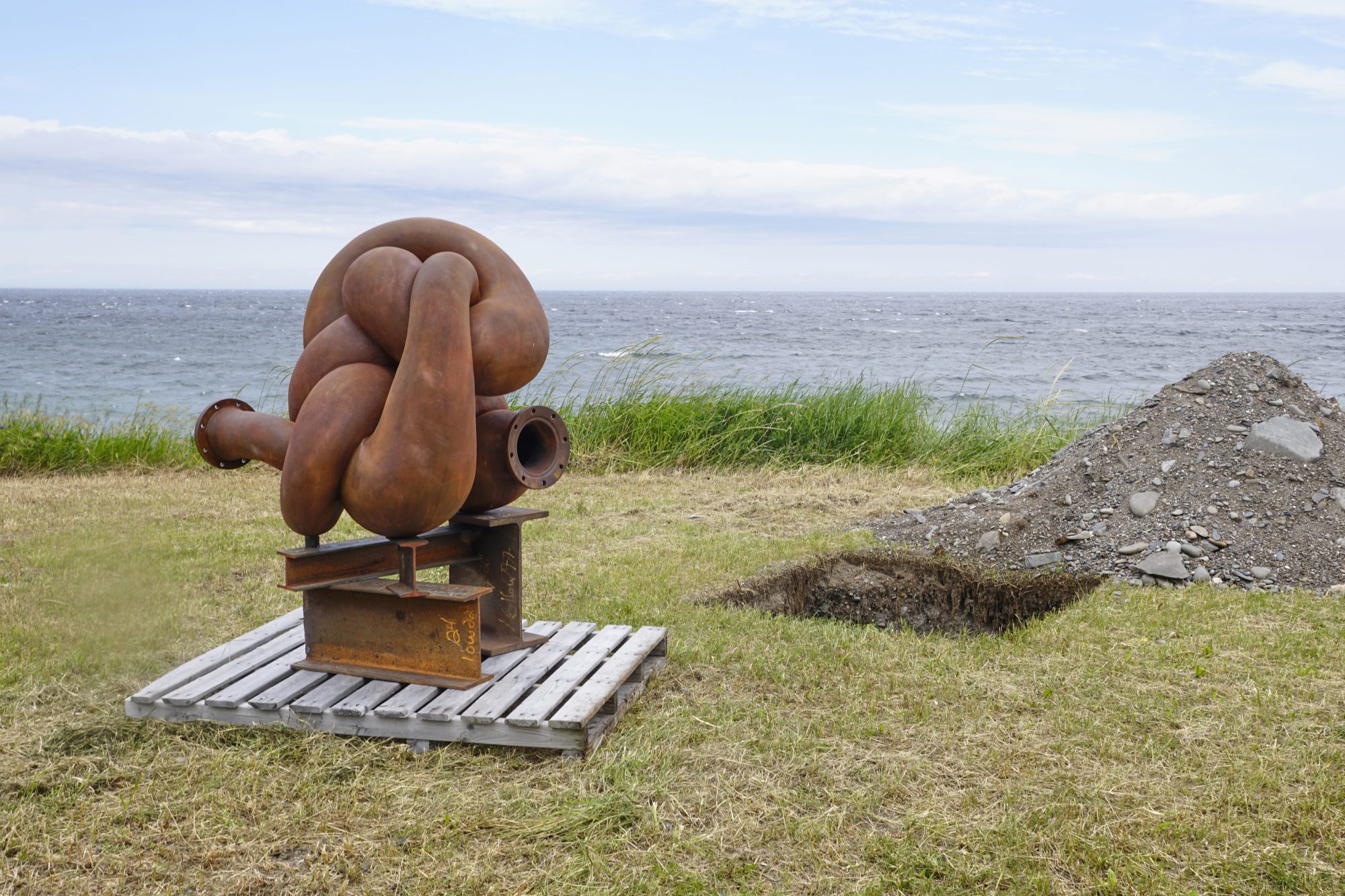