This exhibition gathers works around the question of disobedience and disorder, both in relation to its inherent democratic dimension and its challenging of certain authorities and conventions. This project’s interest resides in its presentation of works which position themselves as sites of resistance, where counter-powers are embodied in a more or less metaphorical way. 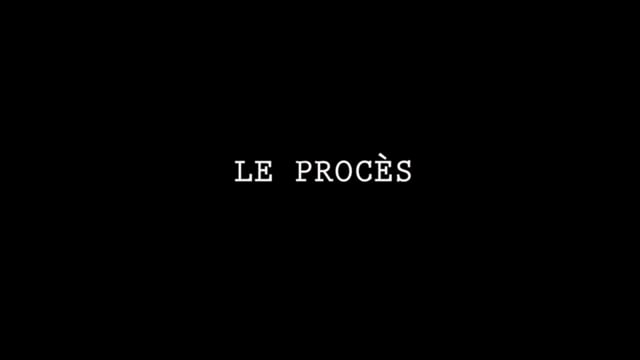 The Trial is a reenactment of a court case that ensued the issuing of a ticket for the operation of an “unsafe vehicle” in Toronto in 2001. The vehicle in question is a 1986 Buick Regal that was stripped of its engine and interior, and transformed into a pedal car. The script of the film is verbatim the transcript from the actual trial, and takes for setting the New York City subway, as the Buick was originally made to lumber slowly through the arteries of New York, congesting the continuous flow of traffic. As the narrative unfurls, it becomes clear that the case against the artist, for operating the unsafe vehicle, is legally lackluster and the judge rules to drop the charges. Here, the artist is at the mercy of the court, and a compelling parallel exists between this court, and New York City itself; New York is in many ways the court of the art world—replete with judge, jury, and prosecution—making its underground transportation network the most appropriate locale for this retelling of The Trial.