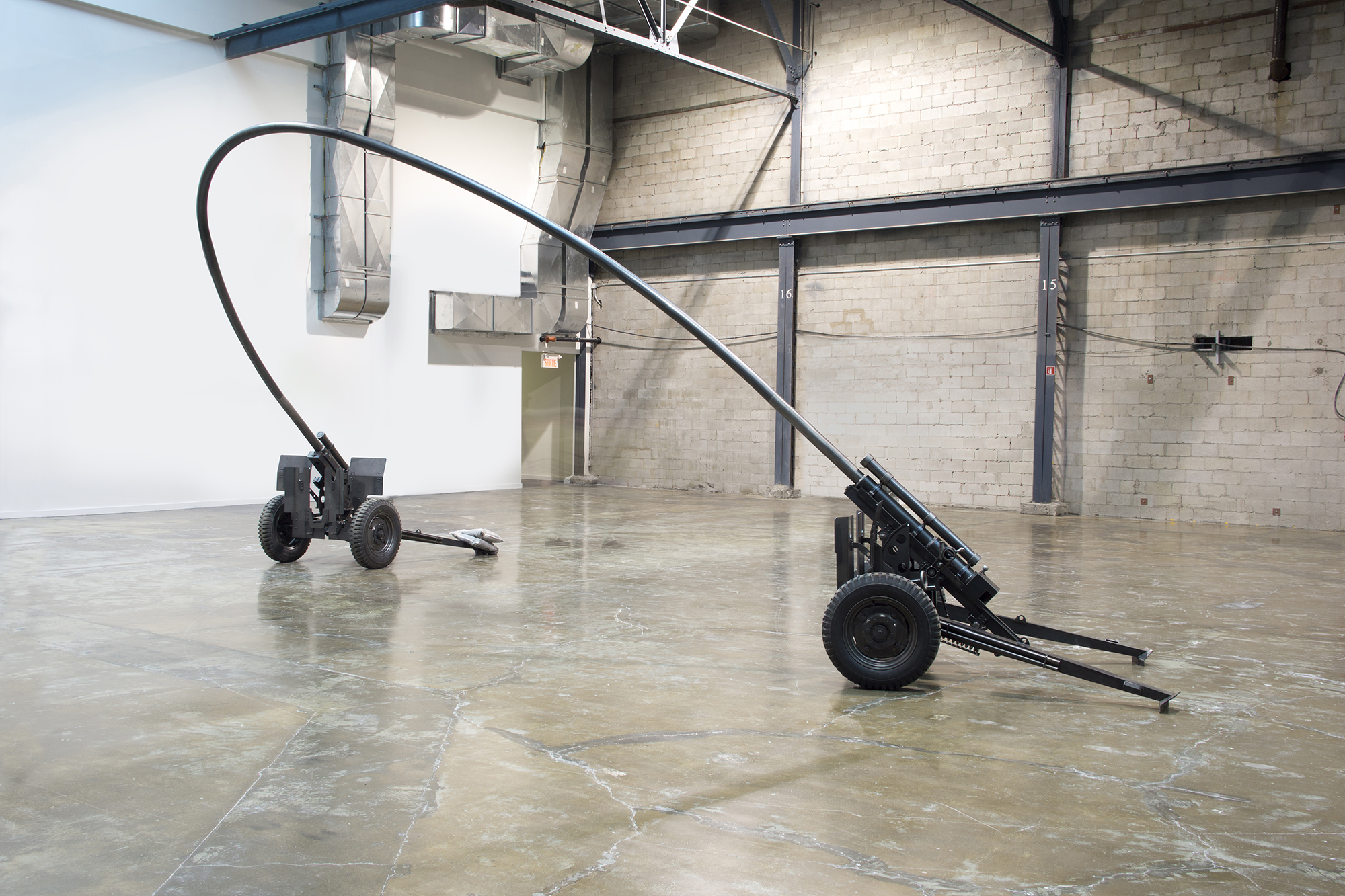 In joining the muzzles of two cannons —105mm Howitzer replicas— with a tubular element, Blowback thwarts the weapons’ potential to wreak outward violence. Instead, a physical and symbolic link between these opposing forces is created. Such retooling unites these typically antagonistic objects into a type of marriage. Whereas the “blowback” phenomenon typically involves the use of a weapon against its handler or innocent civilians, in this piece the cannons can only blowback on one another. Here, war is won with amorous sabotage.