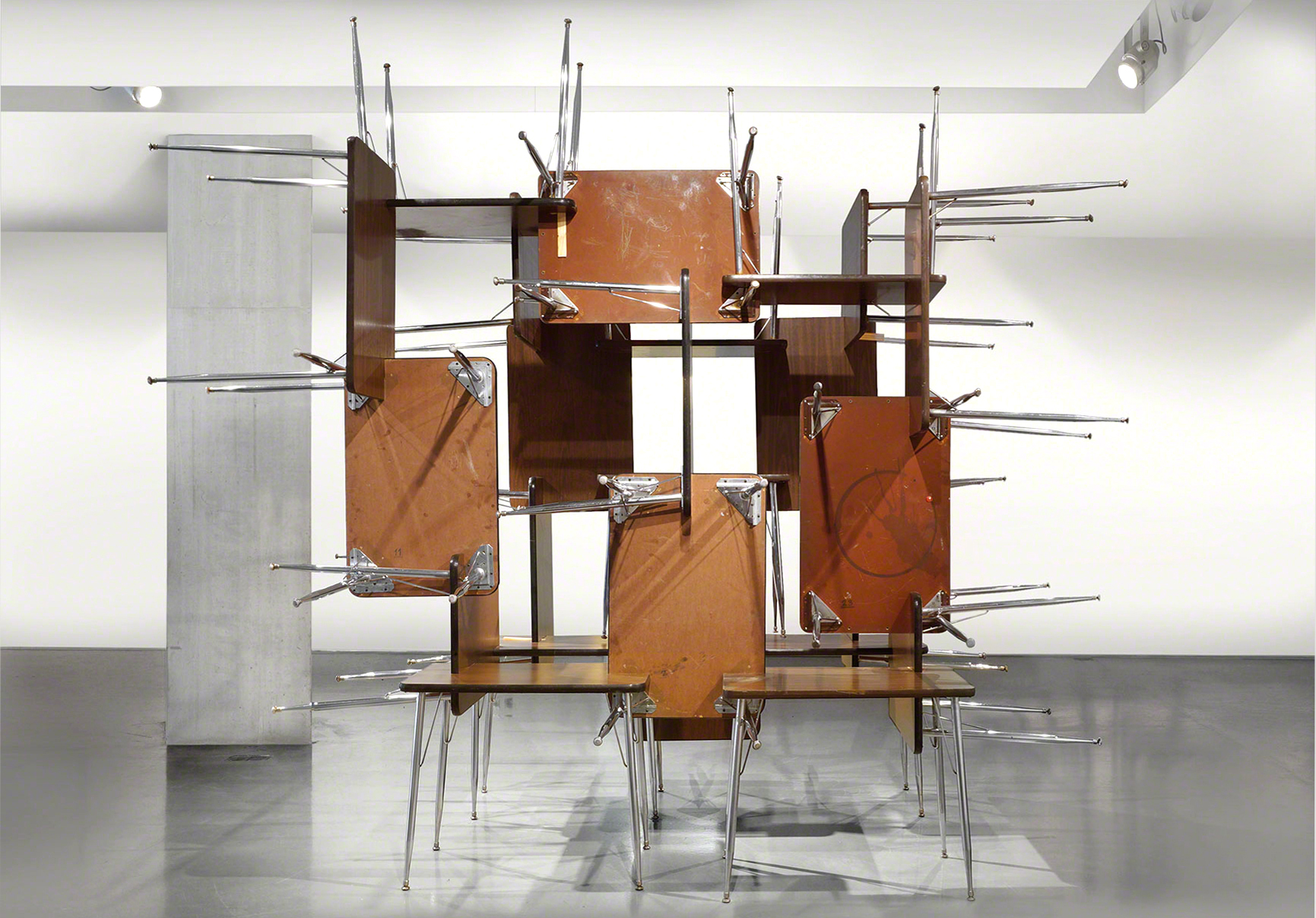 Jeux de Tables mobilizes 24 tables in a multi-level board game. Tables, archetypes of communion, are divided into separate fractions with their legs pointing in all directions. The internal and external superpositions and interpolations produce counter-force relationships that allow the structure to keep itself in balance. 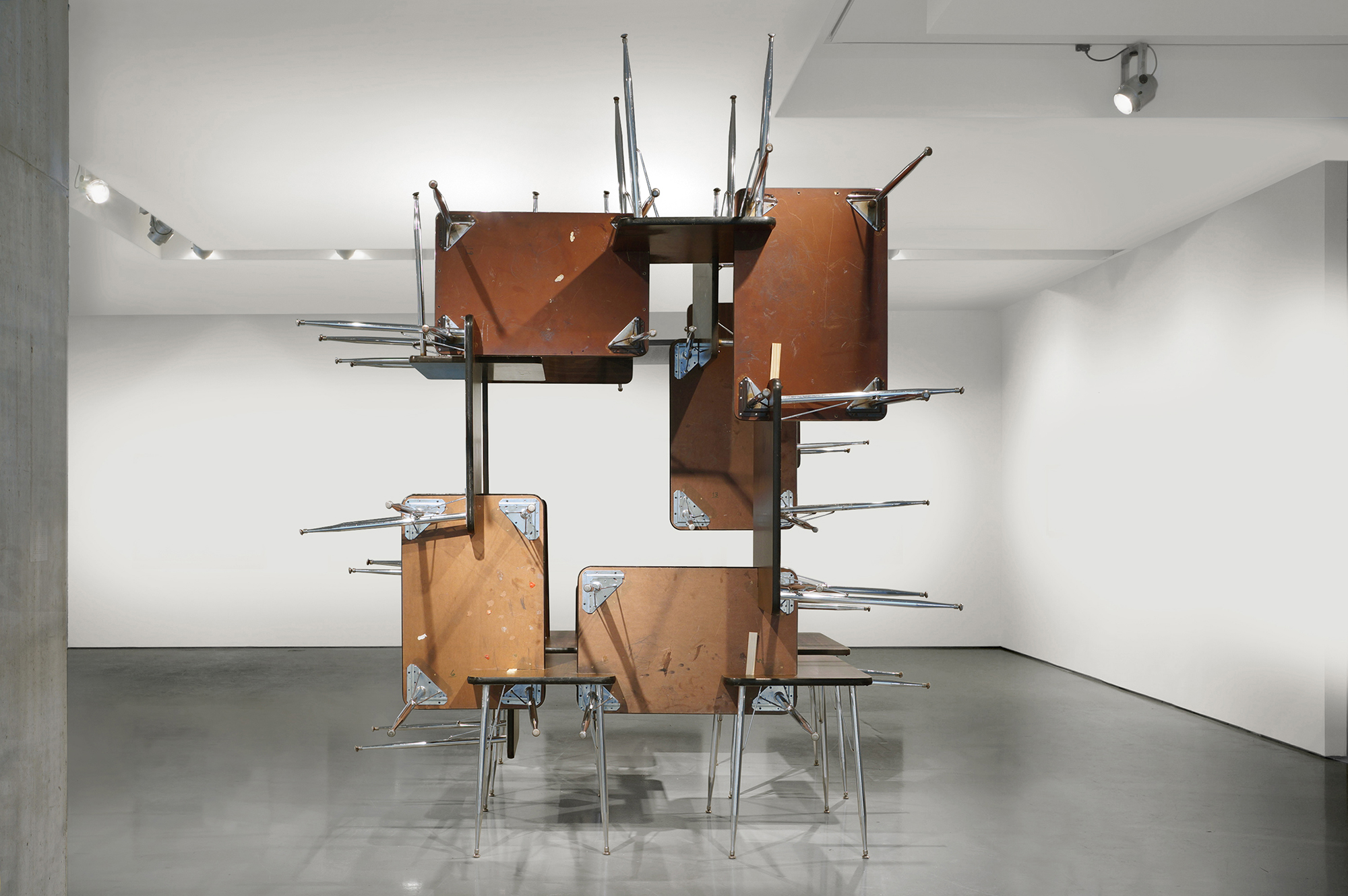 The work of Michel de Broin delights in theatrical contradiction, inviting competing references to take up residence in material form. Survival, shields and satire are recurring motifs in his playful paradoxes, turning everyday furnishings into architectural conundrums. In past works like Shelter (2006), office tables meant to facilitate congregation and assembly are instead transformed into the armored components of a fortress-like structure. The benevolent democracy of coming together across the shared surface of a tabletop, thereby gives way to defensive upturned structures with legs pointed out. Anticipating outright assault, Testudo (2009) references the Roman “tortoise” military formation where soldiers would cluster together, overlaps shields and point their spears outward. The table as an archetype of communion is thusly divided into distinct factions of “inside” and “outside.” Jeux de Tables is the most current iteration of this ongoing series, turning 24 otherwise ordinary desks into a multi-tiered board game without rules or resolution. Hierarchy and central organization are also conspicuously absent, suggesting a shift in tone where the binaries of top/bottom, inside/outside, individual/collective are collapsed in an open field of play.  Steven Majicio (curator, Contemporary Arts Center, Cincinnati)