This project seeks to draw attention to a particular problem: the fact that automobile drivers and their automobiles are not yet sufficiently well assembled. In effect, when the human body uses a machine, it economises a certain quantity of energy. The energy provided by the ingestion of food is then stored in the form of fats. At the same time as the automobile driver stores energy and accumulates fat, the automobile consumes fossil fuel and wastes energy resources. Why not couple man and machine in order to resolve both the problem of obesity and the energy crisis? The automobile could in fact acquire its energy directly from the driver. This coupling would make possible an intimate reciprocity between man and machine. Moreover, the use of fat as a fuel would contribute to resolving the problem of which it is itself a symptom by maintaining the resource both renewable and accessible. 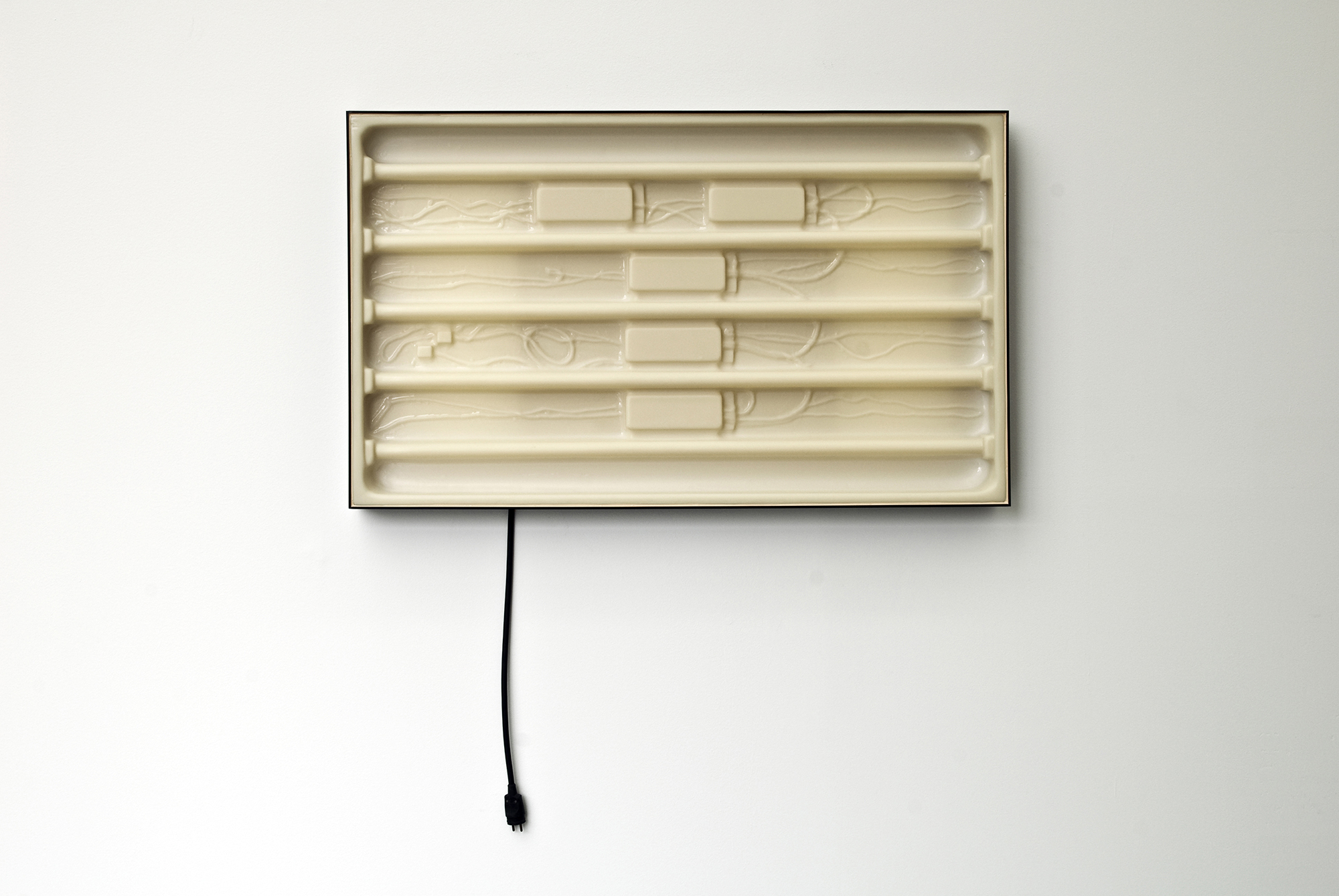 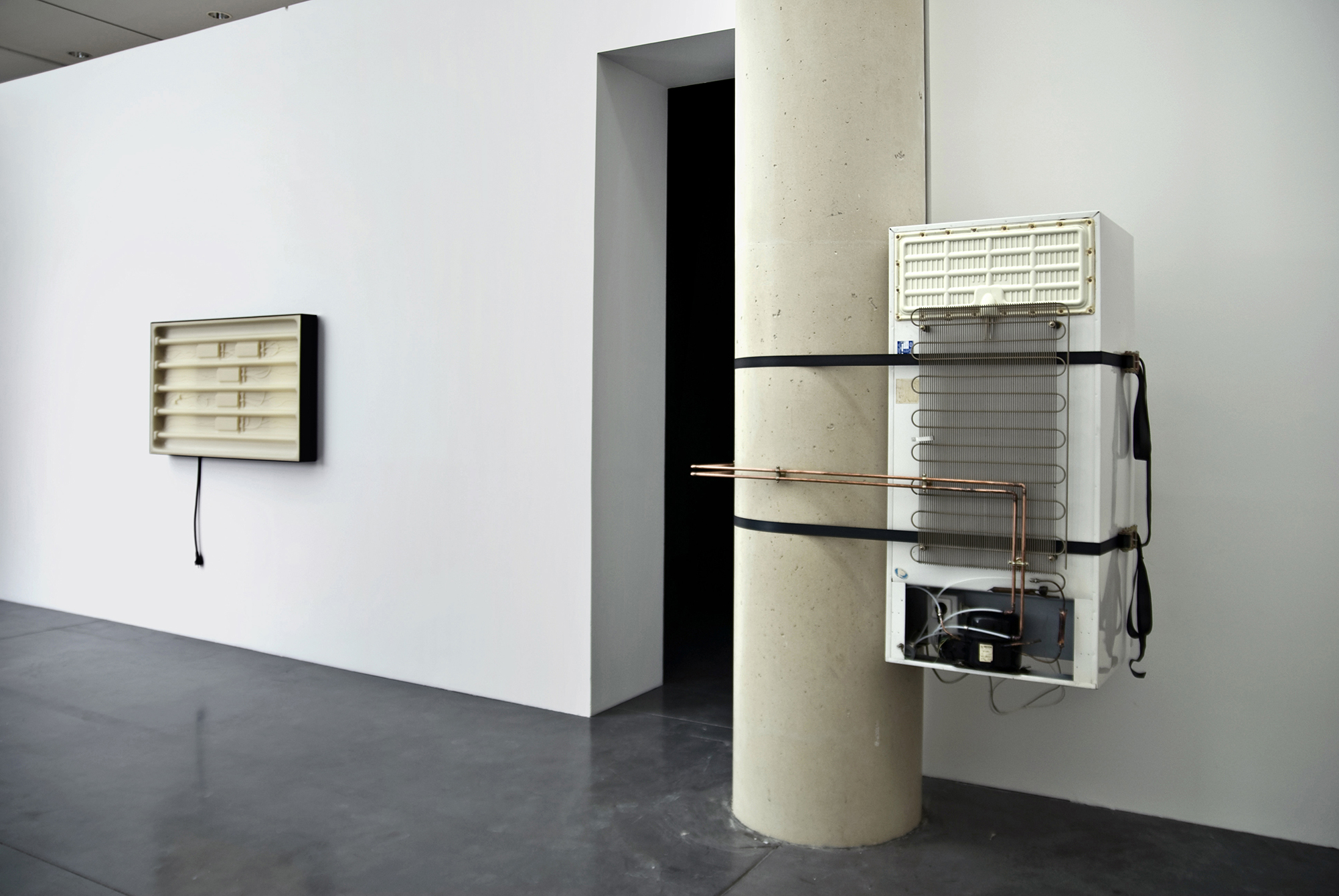 A light box has been emptied of its contents by a suction device. The plastic cover is deformed and reveals the relief of the background neon lights and electric installation. The disconnected promotional device has become a bony, veinous and naked body without content. 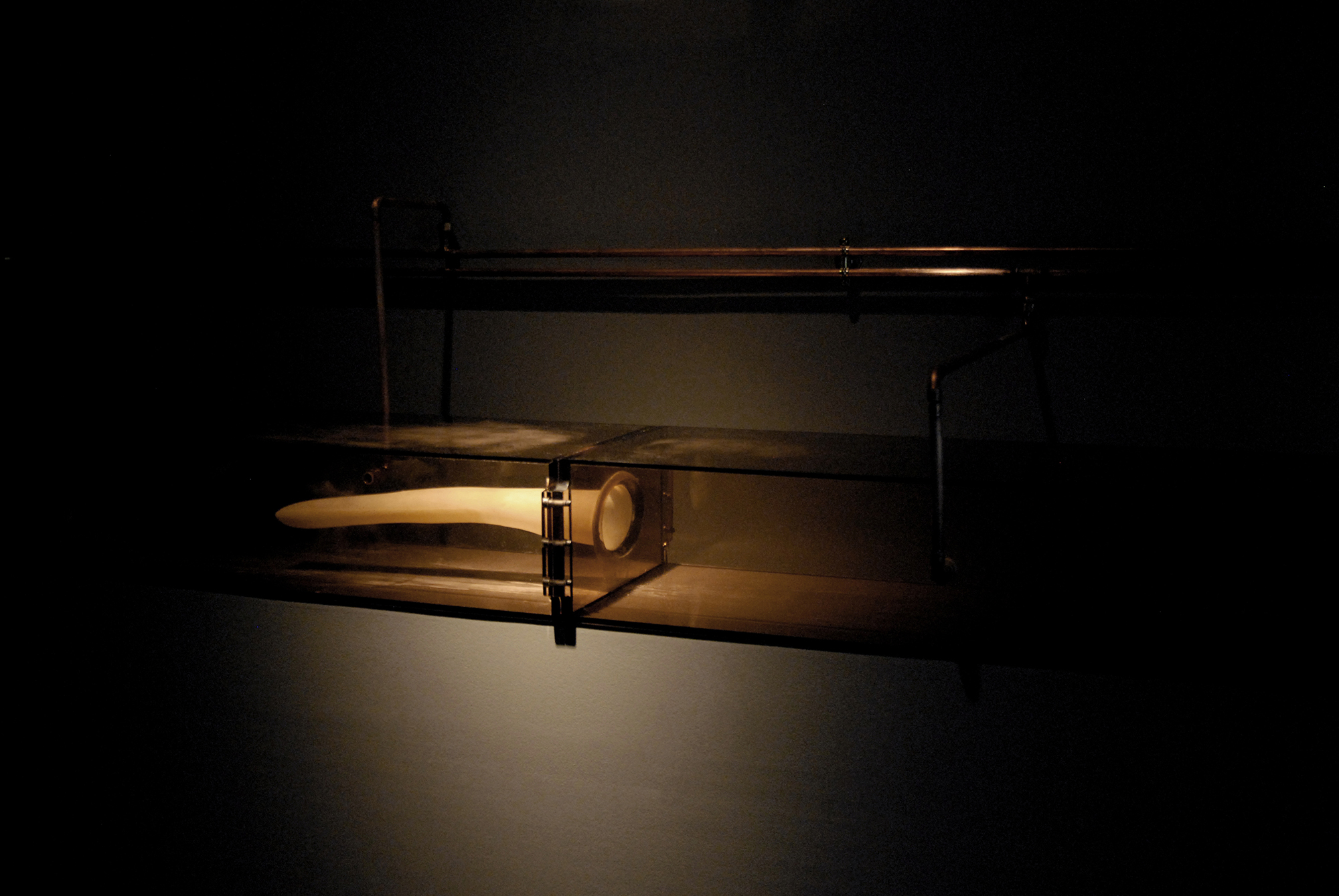 The installation sucks its life-force out of a refrigerator taken as a hostage and fixed with straps to the column of the gallery. The cooling pump as been diverted from its function in order to produce pressure and suction. A system of valves and hoses connect two plexiglass cubes situated next to each other. Between them, a rubber membrane is sucked-up on one side before being turned inside out. Like a glove, the form inverts itself. 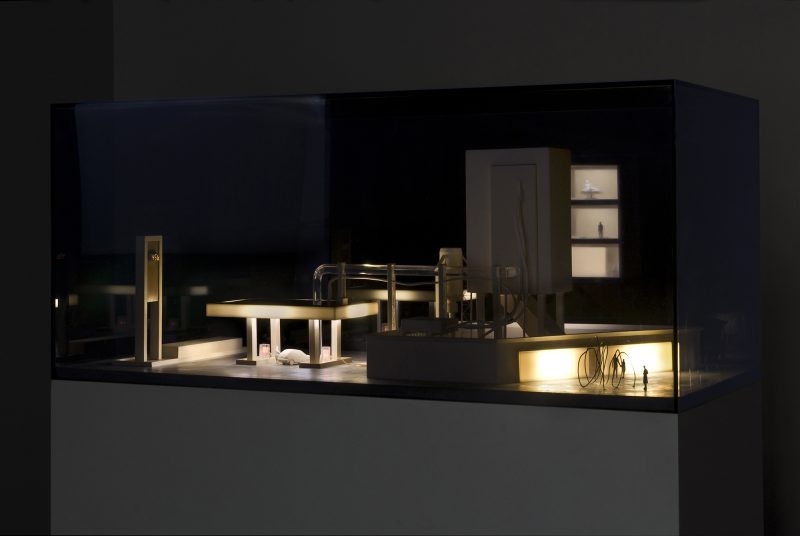 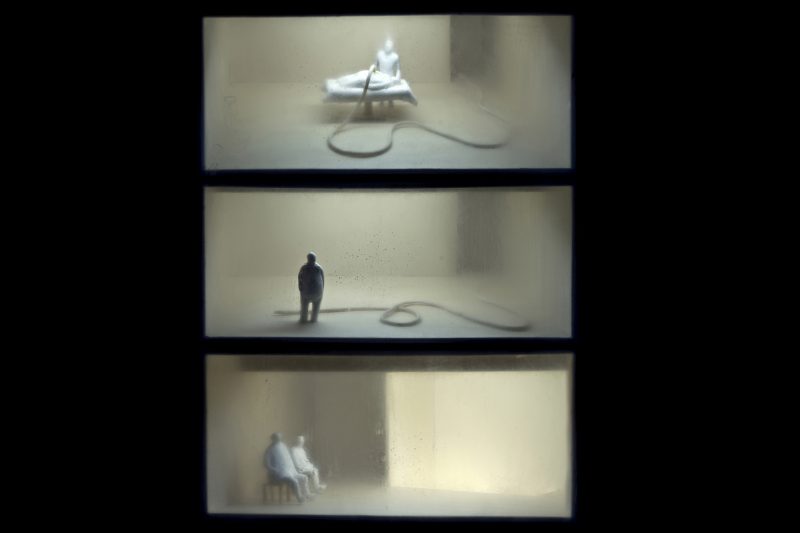 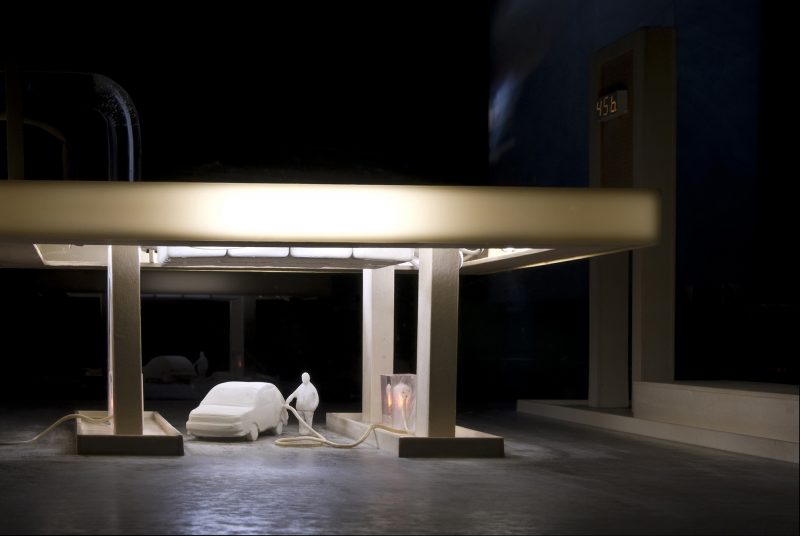 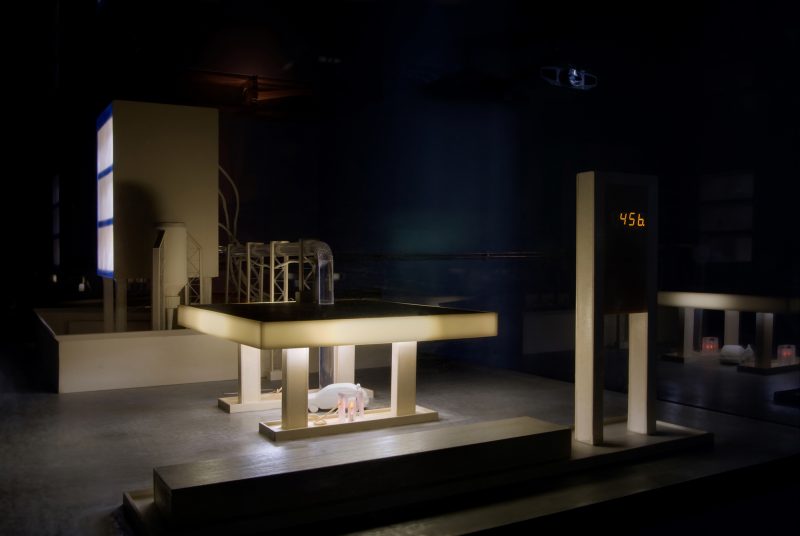 The model presents a development project for a liposuction clinic directly related to a gas station where the human fat will be resold as anthropo-diesel fuel. The liquidating of fat will be refunded at the market price of biodiesel (per liter), wherein the price of fuel reaches that of the cost of extraction by liposuction. 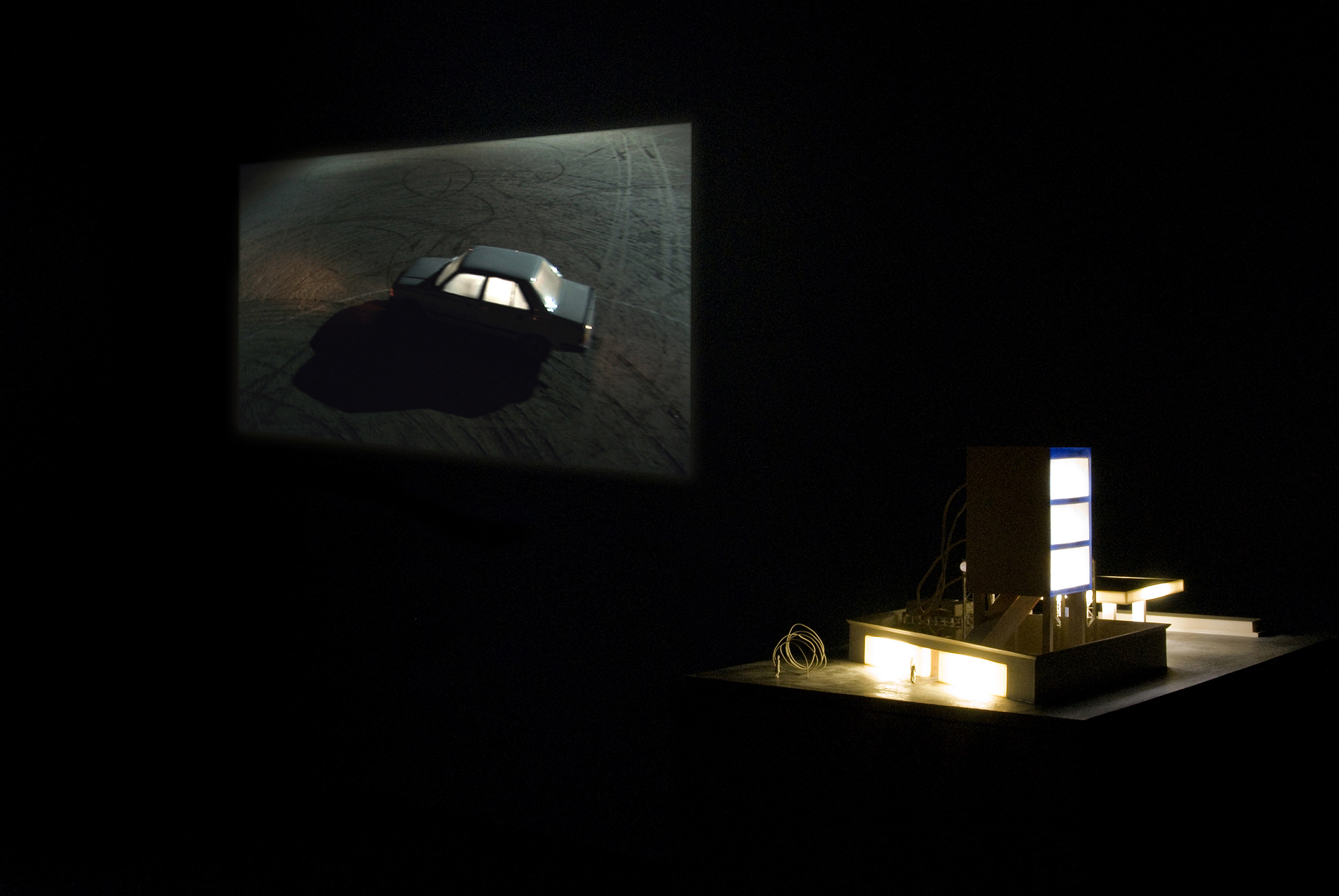 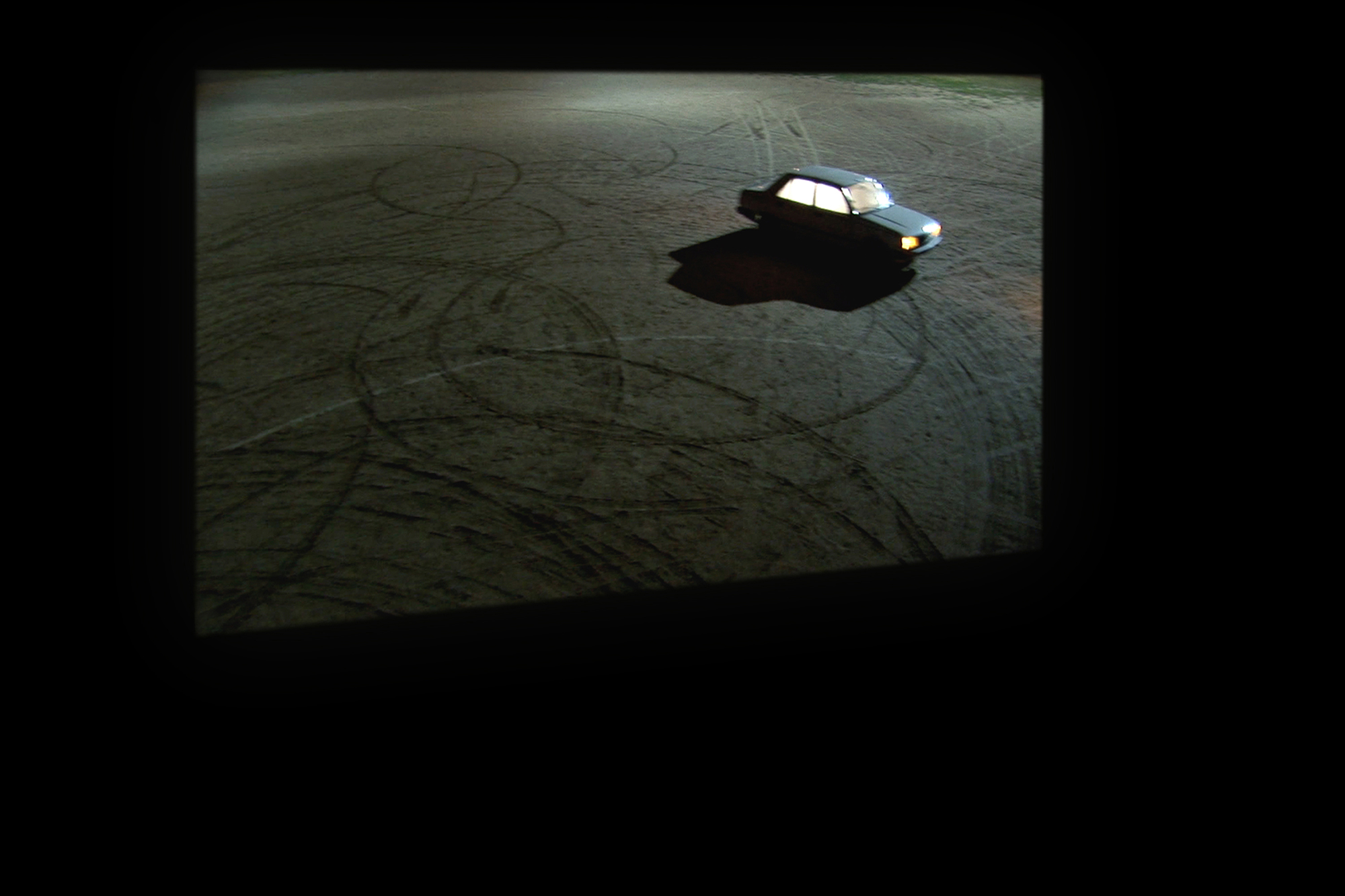 Transesterification is a chemical process whereby human fat is transformed into anthropo-diesel fuel.  The chemical reaction is catalyzed by the addition of alcohol (CH4O) and caustic acid (NaOH).  The video depicts a suspicious car in a deserted parking lot performing a senseless dance. The vehicle’s interior is saturated with smoke, as if processes of combustion were occurring inside the car. The driver disappears in the dazzling white light.