Dangerous Substance
Dangerous Substance is made up of several works deriving from an artistic intervention carried out in Montreal in July 1999, which consisted of driving around in a car with a massive black cube on its roof. The cube was modeled on the pictogram in traffic signage indicating that vehicles carrying dangerous substances are forbidden to circulate on certain roads.

The Interdiction of the Square   [1999]
Inkjet print, 40 x 47 cm
This is a photograph of the pictogram placed at the entrance of highway tunnels, which prohibits access to vehicles carrying dangerous substances. 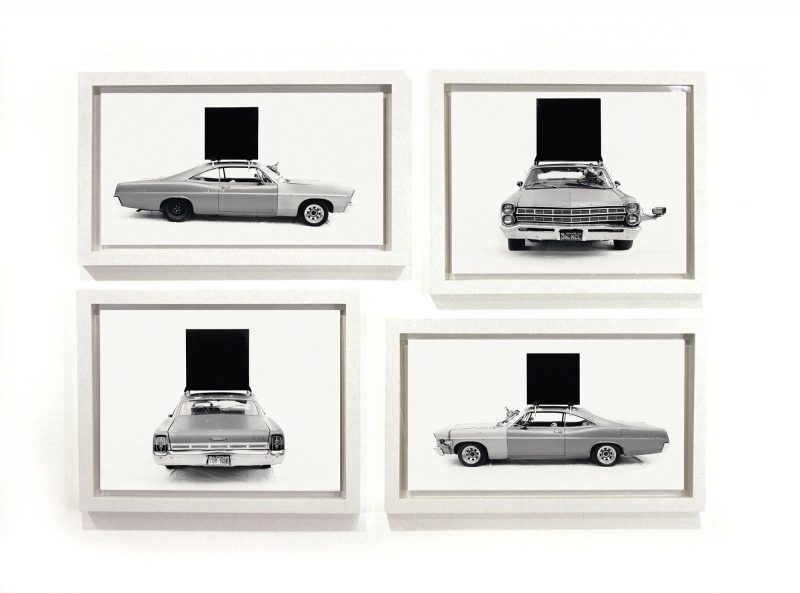 Galaxy 500   [1999]
Inkjet prints, (2x) 50 x 84 cm & (2x) 58 x 73 cm
A vehicle is carrying a cube. On its side one can see a video camera installed in such a way as to record the line painted in the middle of the road. This image is retransmitted to the screen placed on the windshield in front of the driver. The video set-up allows the driver to orient himself or herself by following the line… 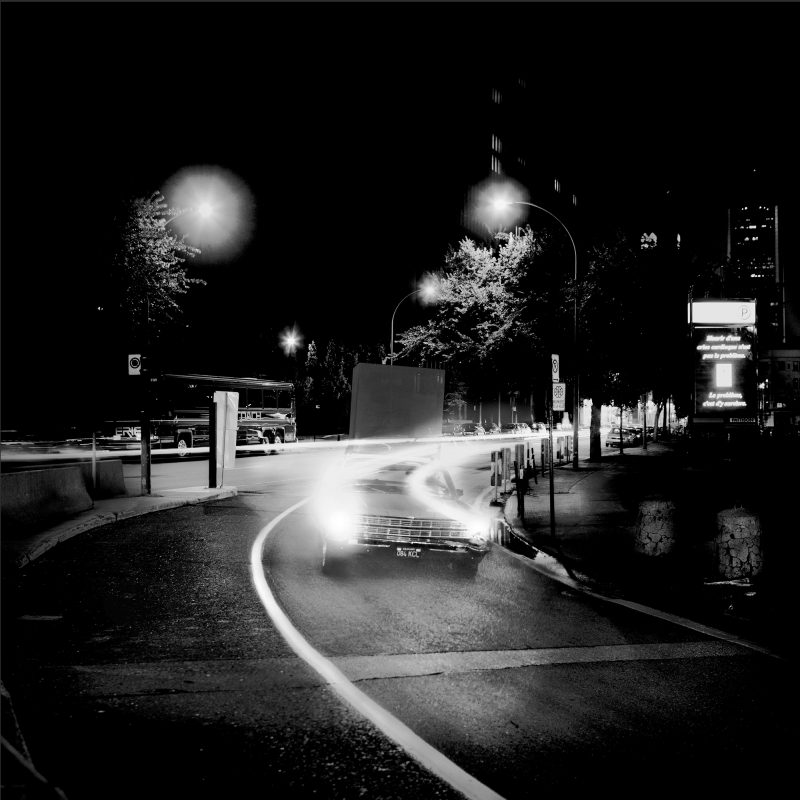 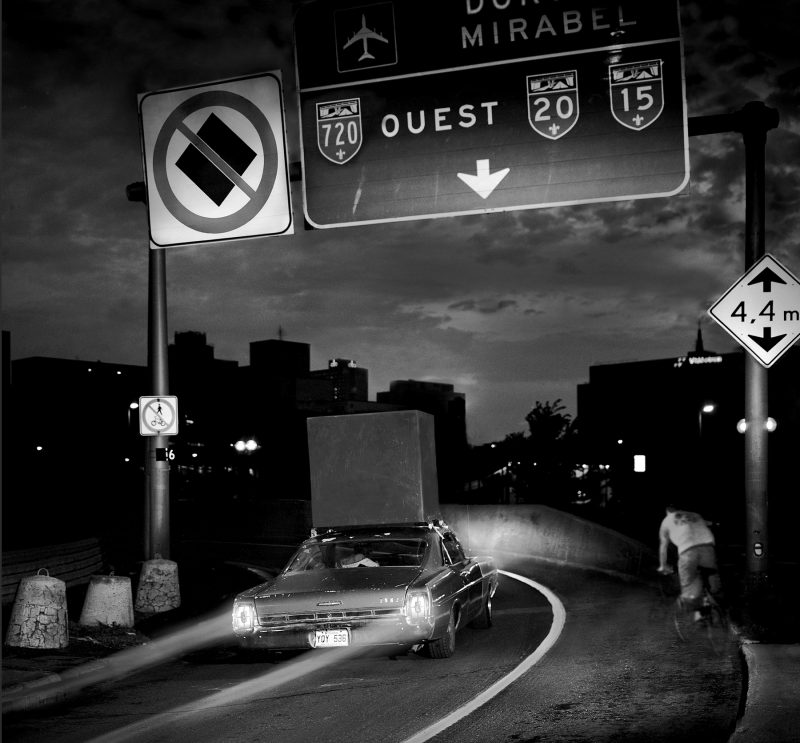 Danger Proof   [1999]
Inkjet prints, (2x) 76 x 76 cm
The black diamond used in traffic signage to indicate danger allows us to imagine the opposite, i.e. the square symbol, and the stability it represents, wobbling and tumbling. The action consisted of placing a large cube on the roof of a car to see how one might symbolically de-stabilize order and thereby transgress the prohibition of the square. 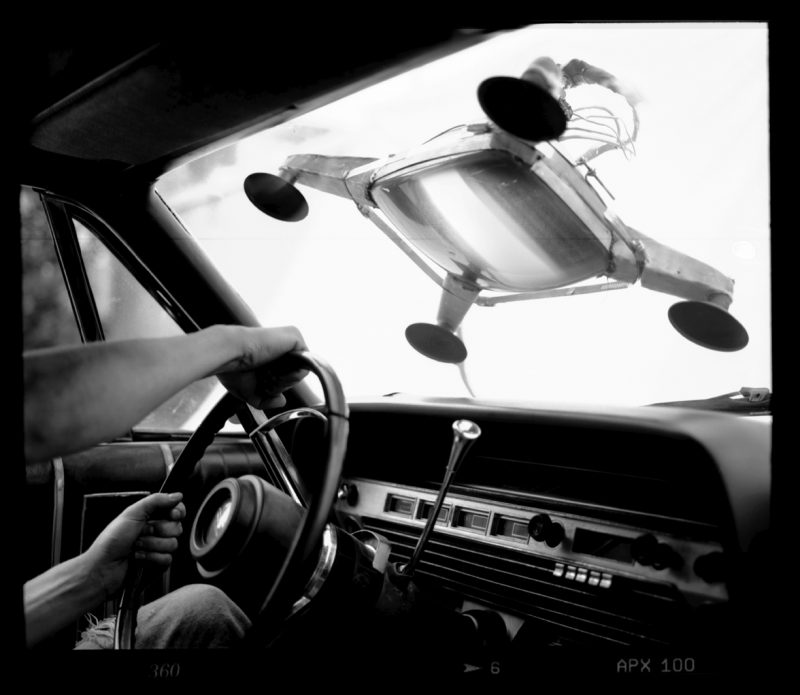 Following the Line   [1999]
Inkjet print, 10 x 11 cm
A video camera placed on the left-hand side of the car filmed the line painted in the middle of the road to indicate traffic lanes. This image was re-transmitted on a screen attached to the windshield so that the driver could follow the line without looking at the landscape. In the gallery, the video installation Following the Line was shown on six juxtaposed monitors to allow the viewer to also “follow the line.” 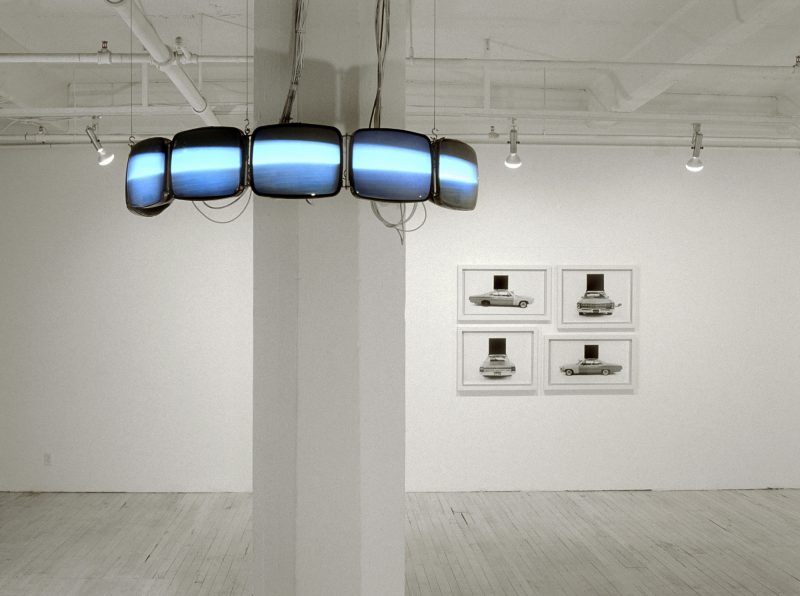 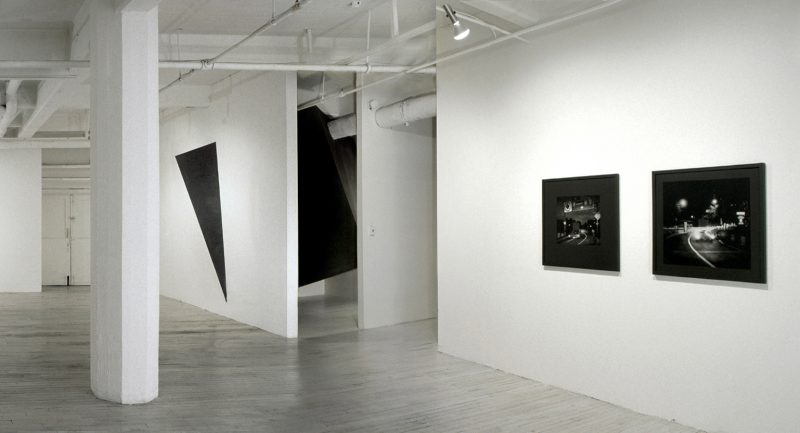 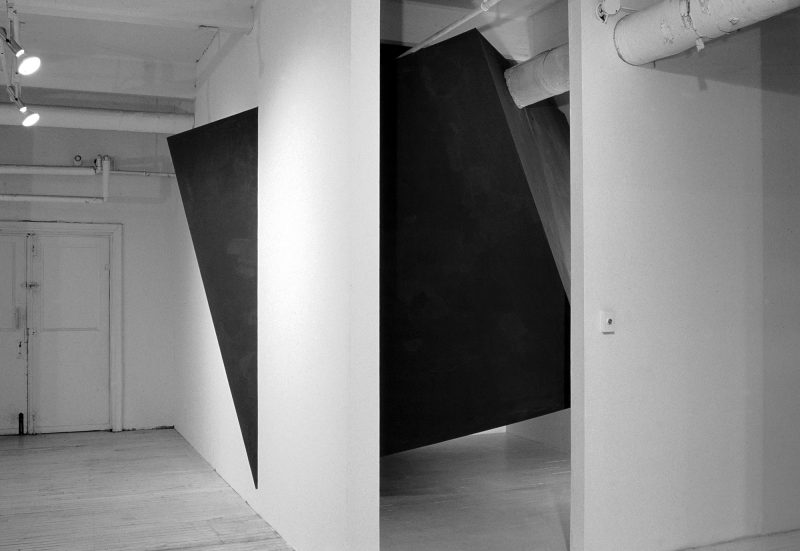 The Content Overflows the Context   [1999]
Wood, plaster panels & paint, 250 x 250 x 250 cm
This cube, precariously installed in a space too small to contain it, suggests that danger lies in what exceeds the space of its representation. In this installation, the door, which follows the diagonal line of the pictogram, becomes an opening that promotes free movement around the square. 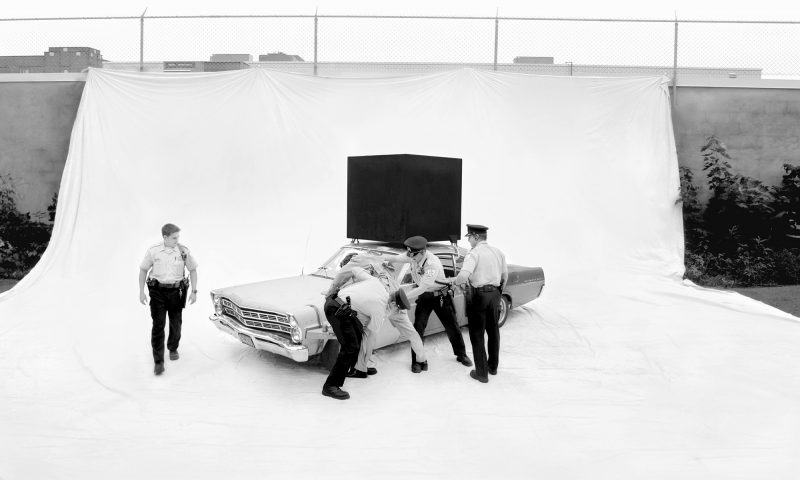 Searching for the Truth   [1999]
Inkjet print, 40 x 52 cm
The search carried out “on a painter’s canvas” conveys the idea that the space of art as a space of representation is, like social space, regimented and policed. 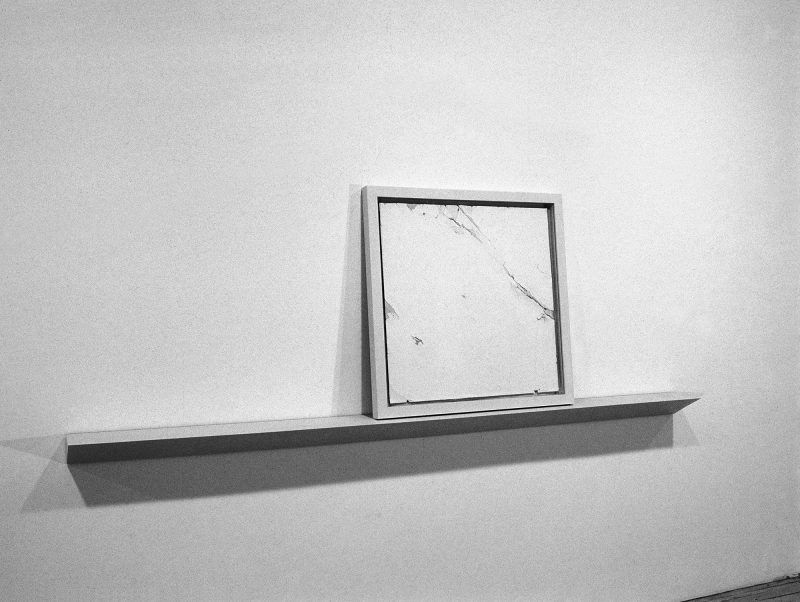 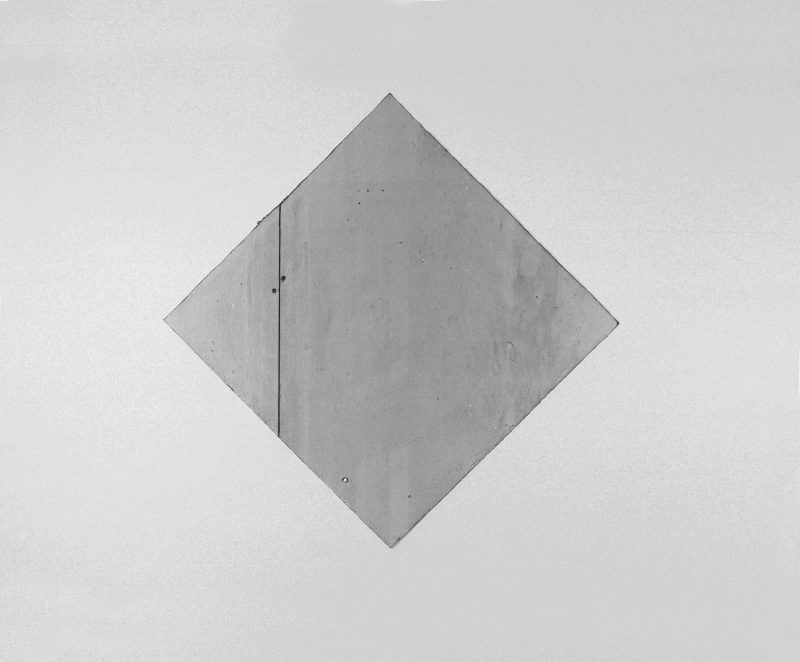 Out of the White   [1999]
Cut-out of wall paint & frame, variable dimensions
A cut-out sample of the painted surface that covers a wall reveals a pictorial presence within it. The sliced piece has been rotated 1/8th of a circle before being placed inside a frame.