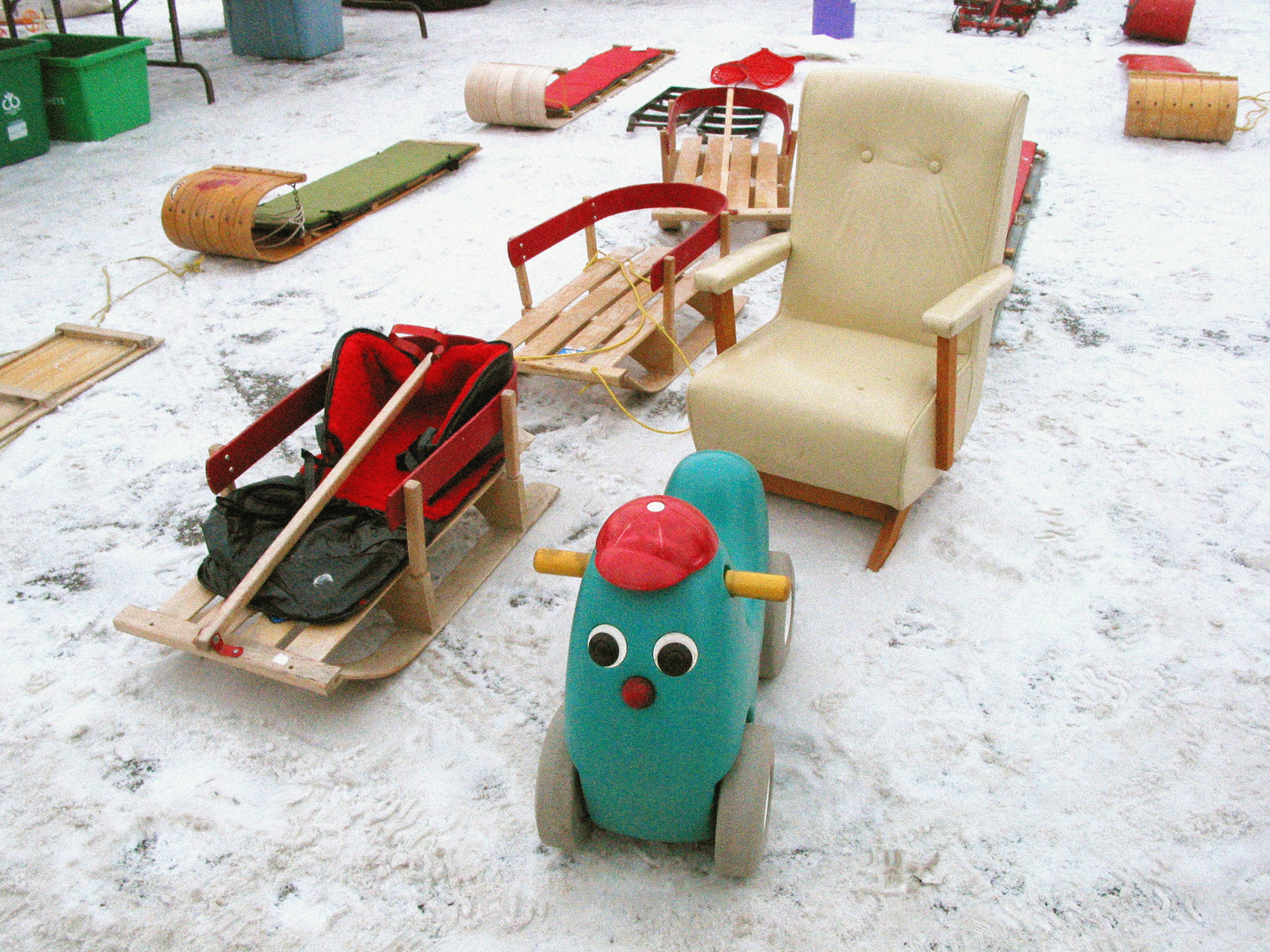 … With more than a decade’s experience of corralling materials into subversive and surprising new configurations, Michel de Broin brings the world of things to life in ways that transgress expectations and shake up habits of mind.
De Broin’s sculptural manifestations have been various: standard office chairs joined into a prickly, spherical death star; illuminated arrow signs that perforate walls; a winding staircase à la Montreal turned into a Möbius tangle of endless ascent and descent (thank you, M.C. Escher); and a muscle car that was stripped and repurposed as a pedal-powered vehicle. (For this act of creative disobedience, de Broin was busted in 2007 by humourless Toronto police officers for driving below the speed limit in a vehicle not deemed “roadworthy,” though the artist prevailed on his day in court.)
More recently, for Prospect.2’s satellite program in New Orleans, de Broin created a kind of guiding star for the post-Katrina city, evoking the cyclical energies of destruction and creation in a winning work of public sculpture. Salvaging a cluster of vintage streetlamps, he joined them at their bases, arranging heads outwards to make an illuminated, star-like shape. The crowds loved it. Plans are afoot for de Broin to reiterate this schema with a collection of modernist street lamps, this time to be installed in a courtyard of the German Parliament in Berlin.
With all this underway, it seems a timely moment to catch de Broin on the rise, as one can at Jessica Bradley Art + Projects in Toronto this month. Showing a large-ish sculpture and a number of wall works in various media (photography, sculpture, video and drawing) from all stages of his career, de Broin delivers the imaginative frisson he is known for, but on a domestic scale.
In his video Drunken Brawl (2011), three empty drink cans are observed by a fixed camera. Blown around randomly in a fenced-off urban corner, they clash, disperse and regroup in ever-changing configurations. Cast-off urban detritus becomes anthropomorphically charged in this quiet, deadpan moment of attentive looking.
Two colour photographs provide similar glimpses into de Broin’s way of seeing.
In Migration (2002), we witness a yard sale staged in a snow-covered laneway. A posse of toboggans, sleds, snowshoes and even an armchair are arranged as if staggered at the start of a race. All pointing past us, on an oblique, incoming angle, they carry the comic charge of suppressed volatility.
In Polychrome Mobilization (2002), second-hand office-furniture pieces—desks, chairs, bookcases—are stacked and stored in what amounts to a museum of vernacular modernism in obsolescence. This is one of the warehouses in Montreal where de Broin goes shopping for his castaways, and, through his eyes, we too can see it as an inventory of infinite morphic possibilities, the objects seeming somehow expectant, poised for action, and only momentarily stilled by our gaze.
It’s an effect that is enhanced, no doubt, by the nearby presence of Truncated Icosahedron, a 2012 sculpture made from slightly splayed office chairs that have been joined each to each to make a standing hoop. You can look at it, you can lie in it, but however you choose to respond, you will be provoked. The comic’s great secret weapon is surprise, and de Broin delivers a jolt of the unexpected when he makes what looks like a roller coaster or Ferris wheel (it’s the segmentation that does it) from an object that most defines the sedentary. Not just a chair, but an office chair, with its connotations of drudgery and routine. The implication is subtle and slyly subversive: if chairs can find new life, if they can leap up and regroup themselves, why not those legions who sit in them? Truncated Icosahedron could well be a call to arms. Arise! Arise! 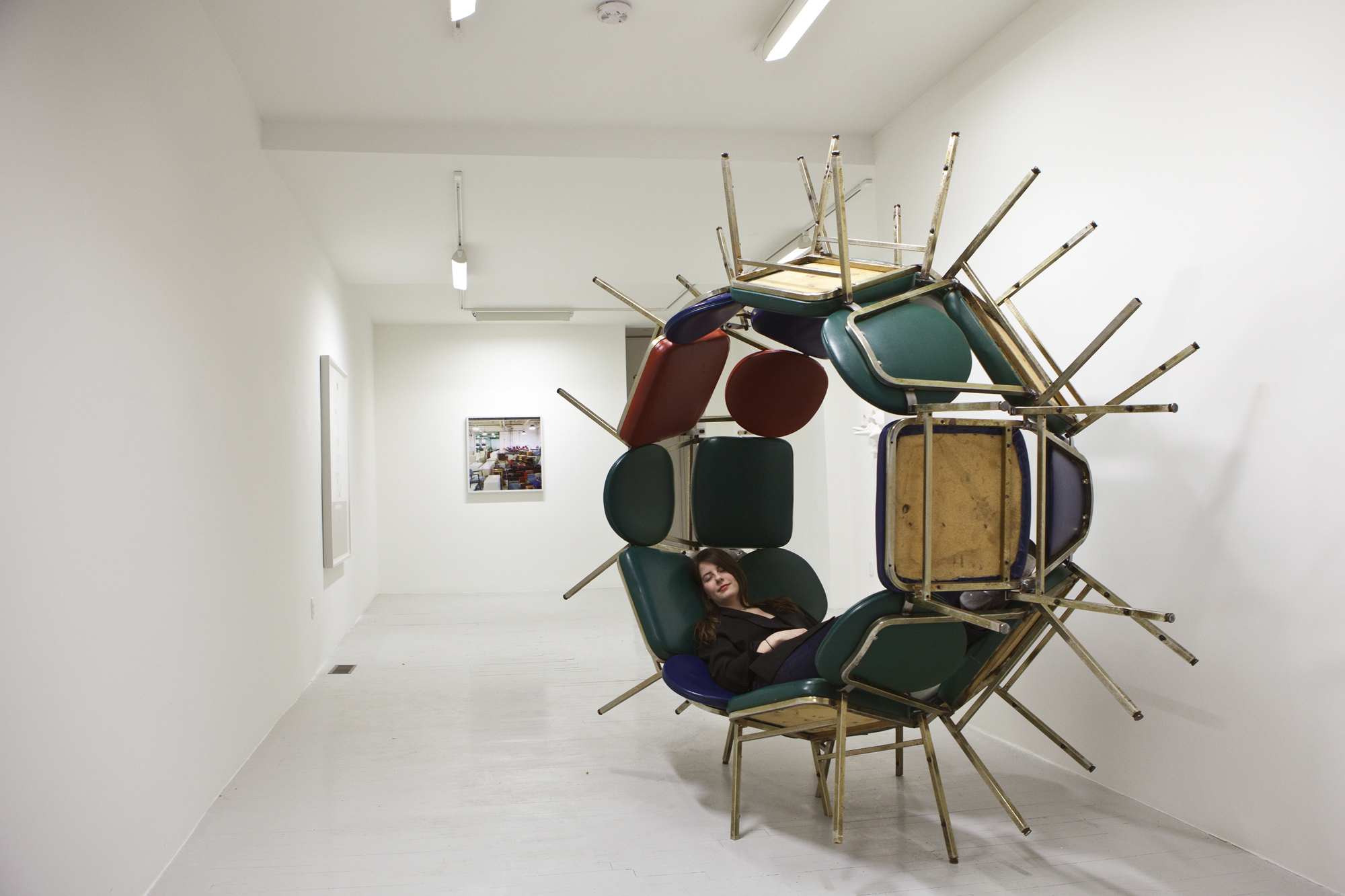 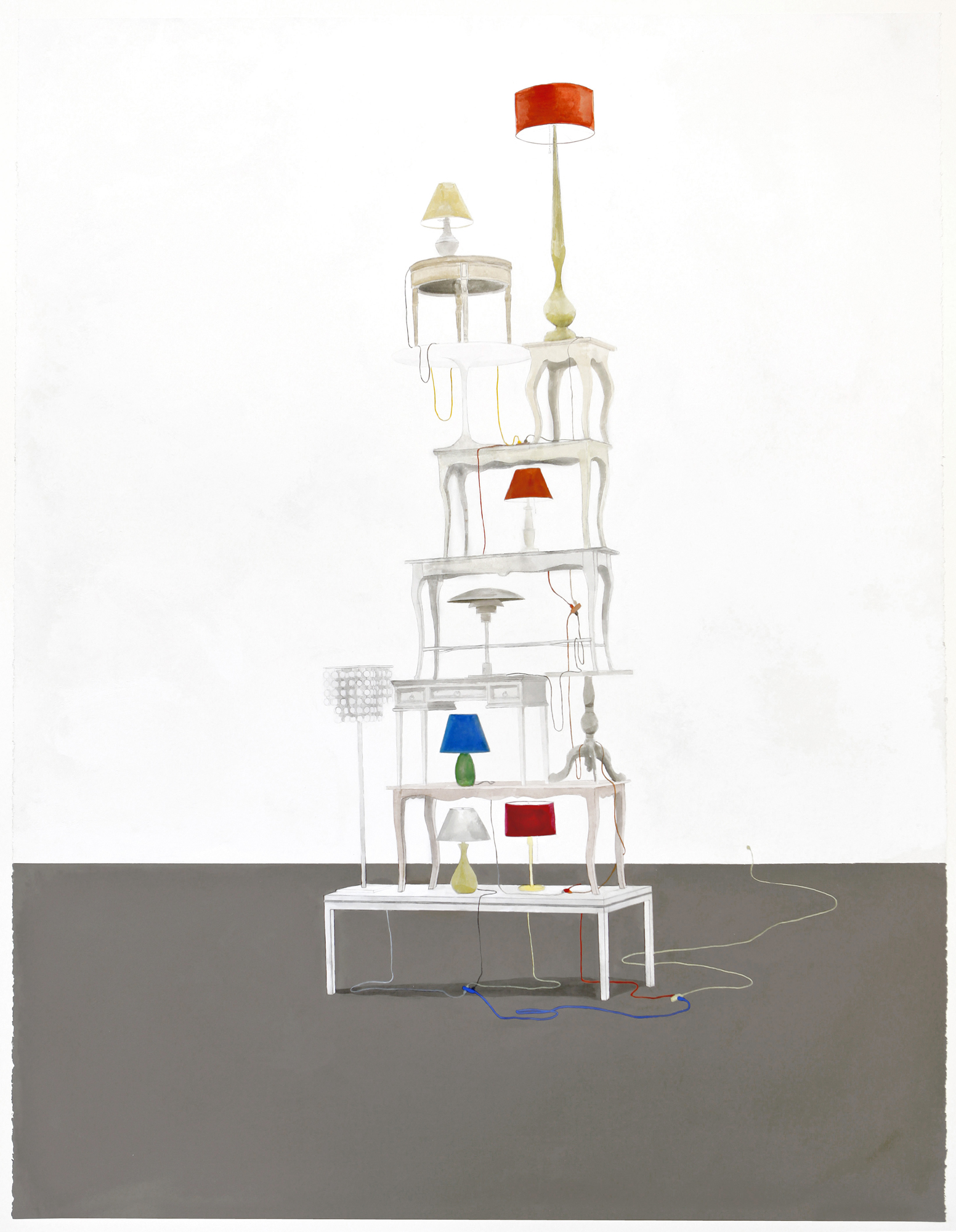 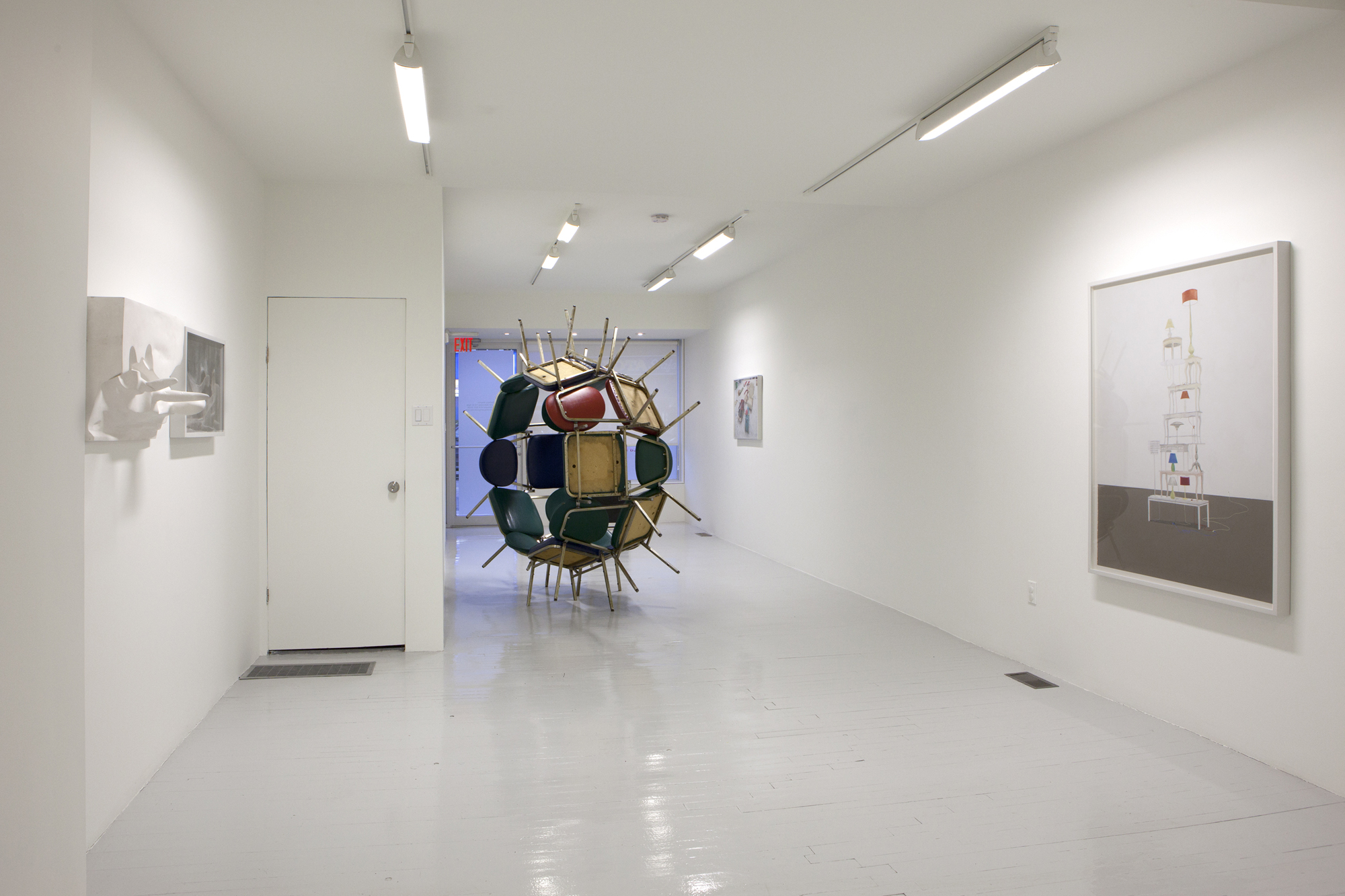